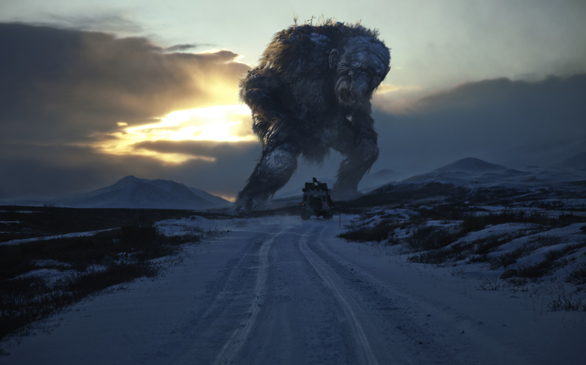 In an attempt to describe what kind of film TrollHunter is, most reviews have called it a cross between The Blair Witch Project and some other obscure reference like Scooby-Doo or Jurassic Park. But while the cinematography is of the shaky, hand-held variety, the film is very little like Blair Witch at all. For starters, it mixes government conspiracy with good old folklore, is devoid of snot bubbles and is actually fun to watch. Plus, it has freakin’ trolls in it.

TrollHunter is a Norwegian film. This means annoying subtitles, but it also means a fresh twist on the typical American-made monster movie – specifically, that we’re not expected to develop compassion for whatever beast the protagonists are out to destroy. Every film from Teen Wolf to Twilight follows the same tired plot where the mass-murdering monster is just misunderstood. There’s nothing to misunderstand about trolls: They are enormous, and they are ugly and they eat Christians. Kill ’em all (the trolls, I mean).

Set in the snow-blanketed Norwegian countryside, TrollHunter follows a group of film students as they try to uncover the mysterious cause of missing livestock and downed power lines in certain parts of the country. Naturally, they are told by authorities that it’s nothing really interesting – bad weather maybe – but those meddling kids can’t help snooping around, and when they stumble upon a government-employed wildlife hunter working in the same area, they follow him into the woods to discover that he’s hunting (spoiler alert) trolls. The rest of the film is a roller coaster ride with scattered, edge of your seat highs and “come on, somebody get eaten” lows. The trailers say “You’ll believe it when you see it,” but you won’t – the CGI isn’t perfect and we’re talking about Mother Goose monsters here – but that’s what makes TrollHunter such a fun film: It isn’t tying to be believable. It’s almost a parody of its own genre.

When Cloverfield tried to make a “found footage” monster flick, it failed because the film was trying too hard to be epic. TrollHunter takes the opposite approach, providing an easily digestible film that’s epic entirely by accident – not because of any over-stylized cinematics or polished, hyper-intellectual storylines, but for the same reason certain cartoons are epic: TrollHunter is pure fun to watch ... as long as you’re not expecting too much from it.