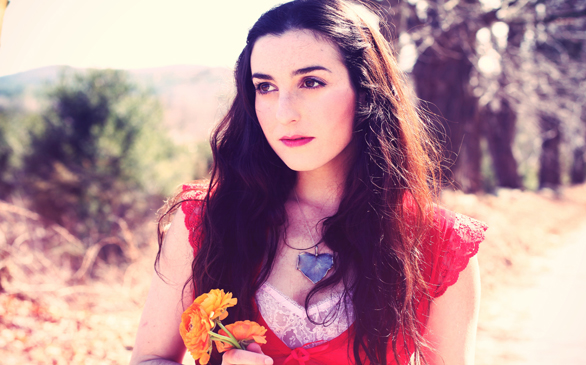 Marissa Nadler taught art in Harlem, but before that she grew up in Boston. Both of her parents were in the arts and that gave her influence.

She began her show at Bootleg Theater with determination and took it from there ... with build-ups in between. She’s quite the entertainer, but reclusive. However, the performance said it all when she switched guitars to show her skills. The venue was packed with people, which says a lot. Here is a woman who is definitely serious about music. Spin magazine named her the best artist for June of 2011.

She put the audience into a dreamy state with her music; it seemed like she was communicating about her dreams more so than her experiences. Nadler stayed in one position while playing guitar on stage and always kept her head cocked sideways as she was grinding her hips. It was a display of passion between her and her guitars, and part of the reason why she plays in that stance is because she is constantly listening to the sound of her guitars rather than looking at the neck or fingerboard. The sound just floats through the space and into people before putting them into a daze. She performed all of the songs from her latest self-titled album and did so with confidence.