Film Events for this Week 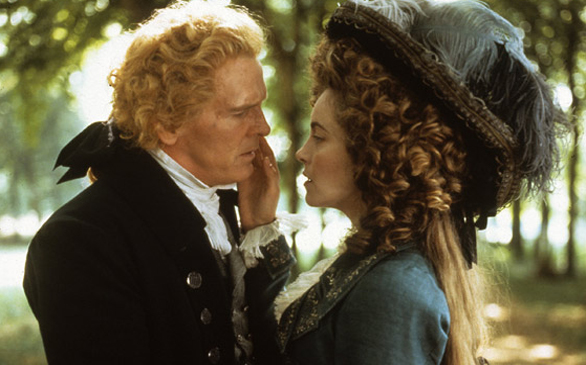 Summer has officially begun and finding refuge inside the air-conditioned walls of a movie theater may just be a wiser way to cool off than running in the streets naked. This week, there are three film series that will cater to whatever genre suits your mood, whether it be French-themed cinema, experimental indie movies or the good-old classics.

Going to Paris this summer? Yeah, me neither. Luckily for us, the next best thing is happening at the Getty Center, which is holding a free film series titled Vive la Magnifique! to complement its Paris: Life and Luxury exhibit. The exhibit showcases the opulence of the City of Lights through 18th-century artifacts – which ranges from paintings and furniture to candlesticks and firedogs – while the Getty Center screens four films that will spoil the inner Francophile in all of us.

The museum is showing Jefferson in Paris and Danton on June 25 and Dangerous Liaisons and Ridicule on June 26. They are even offering a glass of French wine and cheese tasting for a small fee for those who really want to go all out, because you know, some pommes frites from a McDonald’s drive-thru won’t really do anything for the French experience.

The series is offered gratis, but reservations are required, so call the Getty Center or visit their site to save your spot.

If you live in Los Angeles, there is a good chance that your local barista or the waitress that served you your dinner last night is a struggling filmmaker or an undernourished actress who is still waiting for her break. There is also a good chance that you don’t tip as much as you should. Don’t beat yourself up in shame for being cheap. Make up for it by supporting the emerging, but starving group that has given up financial security for their chosen craft and attend the Hollywood Fringe Festival, the largest uncensored arts festival in the United States.

Providing a platform for those who haven’t quite made it big just yet, the festival is a presentation of experimental and eclectic artistic projects that include theater, comedy, music, a groovy late-night dance party and, for the first time this year, film.

Fight Club and The Hills Have Eyes (2006) actor and filmmaker Ezra Buzzington is this year’s head programmer for the festival’s film venue. The centerpiece feature is Pure Shock Value, a movie about three young Hollywood aspirants who experience the low and high points of the reality of filmmaking as they are presented with a dream opportunity.

In a press release, Buzzington says, “I chose Pure Shock Value as the Centerpiece Film for the first Annual Hollywood Fringe Festival event for several reasons. Its aesthetic is raw and in your face, its budget is non-existent and the creative team behind the film is made up of L.A. Fringe theatre artists. I wouldn’t have chosen it, however, if it weren’t also brilliantly written, expertly executed and cleverly subversive.”

In addition to Pure Shock Value, there will be a showing of five more feature films in different genres and 25 short films that are divided into four collections: Short Devotions for love stories, Short Snorts for comedies, Short Reveries for surrealistic visions and Short Enigmas for mysteries, sci-fi and thrillers.

Threes Are a Few of My Favorite Things

With great punning skills come great ideas. Laemmle Theatres is presenting a series of summer Saturday midnight movies that promise to make you laugh in horror or just plain silliness. Laemmle’s West L.A. location will be showing three films each by four acclaimed filmmakers. To start with, Laemmle picked Rob Reiner’s When Harry Met Sally, Misery and The Princes Bride to revisit the big screen. Next, they will show David Zucker/Jim Abrahams’ Airplane!, Top Secret! and The Naked Gun. In the third installment, the theater will play Mel Brooks’ Blazing Saddles, Space Balls and Young Frankenstein. And because sometimes three isn’t enough, Laemmle will also be screening the works of a fourth director, Ray Harryhausen, which will include 20 Million Miles to Earth, Earth vs. The Flying Saucers and It Came From Beneath The Sea.