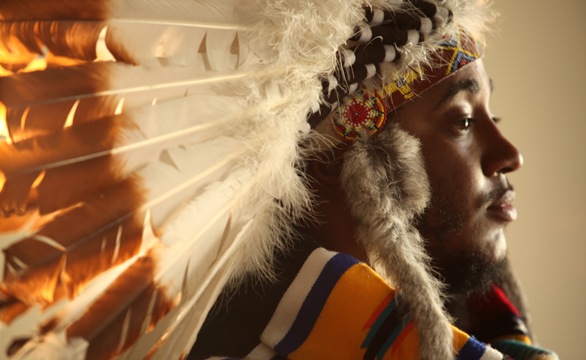 South L.A. native Stephen Bruner, aka Thundercat, is set to release his debut. The Golden Age of Apocalypse drops on Aug. 30, but you can catch Thundercat at the Music Box June 23.

“This record showcases another side of the band; it’s really a different approach for us” comments Ancestors guitarist Justin Maranga.

How different? For starters Moog player Matt Barks is now a full-fledged member of Ancestors; the EP’s sound is also augmented by guest violin and vibes players. And there may be something to the fact that Invisible White was mixed on equipment once owned by R&B legend James Brown.

One thing hasn’t changed though; you can still count on the band to take you on a sublime ride into inner space, and the three songs on Invisible White will keep your exploration going for nearly half an hour. ancestorsmusic.com.

Good Fight Music is giving away an eight-cut sampler featuring “Keep Me Outside,” a brand new track from S.O.S. Other acts contributing to Good Fight Music Summer 2011 Sampler are Madball, the Chariot, Conditions, While She Sleeps, This or the Apocalypse, Funeral for a Friend and the Contortionist. What all the featured bands have in common (except for Funeral for a Friend who released Welcome Home Armageddon in March and S.O.S. who have I Owe You Nothing out this week) is that they all released albums last year and are all working on follow-ups now. The limited time offer free sampler is available exclusively at amazon.com.

The RZA, Murs 3:16, Supernatural and Boy Jones will be the hosts of this year’s Rock the Bells tour, kicking off at the San Manuel Amphitheater in San Bernardino on Aug. 20. Last year, the festival began a tradition of having seminal hip-hop artists perform classic albums in their entirety and this year a dozen acts will be doing just that. Some of the artists scheduled to perform full-album sets are Nas (Illmatic), Cypress Hill (Black Sunday), Common (Be), Ms. Lauryn Hill (The Miseducation of Lauryn Hill), Raekwon & Ghostface (Only Built for Cuban Links), Erykah Badu (Baduism) and Mobb Deep (The Infamous). Some of the other acts slated to perform include Killah Priest, Fashawn, Masta Killah, Mos Def & Talib Kweli, Black Moon, Immortal Technique and Freddie Gibbs. Co-host Boy Jones is the son of late Wu Tang member Ol’ Dirty Bastard; he’ll perform alongside British rapper DOOM. rockthebells.net.

Christofer Drew and his band Never Shout Never call Joplin, Mo., home. The 20-year-old singer-songwriter grew up and currently resides in Joplin, and while Drew and his family were not harmed by the devastating tornados that recently hit the city, many of his friends and band members were greatly affected.

“Joplin is my home,” says Drew. “It is the place where I find comfort and rest. The tornado that hit our community was devastating to the lives of the victims. My greatest hope is that after the cameras leave, we will not be forgotten. I love this city and plan to stand by its side until it is completely restored and livable.” To that end, Drew has launched a campaign with the United Way to raise $1 million for immediate and longterm relief for Joplin tornado victims. If you would like to help, you can donate $10 by texting JOMO to 50555. Free Music from Adult Swim

Television network Adult Swim has launched the 2011 Adult Swim Singles Program. From now through Aug. 21 you’ll be able to get free downloads of never-before-released singles from top artists in the world of indie rock, metal, rap, pop and more. Tracks debut on Tuesday, and this week’s comes from How to Dress Well. Next week’s song (June 28) is from Mastodon, followed on consecutive Tuesdays by songs from Active Child, the Tallest Man on Earth, JJ featuring Ne-Yo and the Rapture. The last three weeks of the promotion, sponsored by Kia, will include music from El-P, Cerebral Ballzy and a surprise artist. adultswim.com/singles.