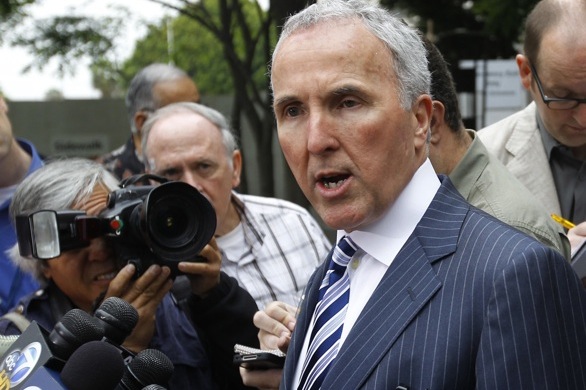 Frank McCourt
(Credit: Robert Gauthier/Los Angeles Times/MCT)
Early Monday morning in a Delaware court, the Los Angeles Dodgers filed for bankruptcy protection under Chapter 11 of the U.S. Bankruptcy Code. The move comes as no surprise, as owner Frank McCourt and the Dodgers have struggled with cash flow since McCourt's nasty legal divorce hit rock bottom earlier this year. In the filing, the Dodgers cite Major League Baseball and Commissioner Bud Selig as a cause for the situation, highlighting his refusal to approve a multibillion-dollar TV deal that could have saved the franchise. Under Chapter 11, the Dodgers can utilize $150 million for daily operations, while receiving additional time for the team to seek a potential approved media deal as they strive to secure the team's longterm financial troubles.