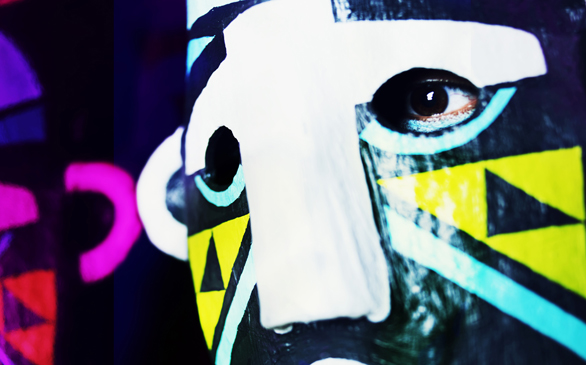 Known mostly as a DJ and a producer who has remixed for acts like Gorillaz, M.I.A. and Basement Jaxx, SBTRKT (pronounced “subtract”) steps out here after two previous EPs with his first full-length album. “Heatwave” finds SBTRKT in a trippy mood, starting the song with a short, repetitive keyboard melody that sounds forlorn until a synth beat happens along, followed by a heavenly-sounding choir of wordless “ahhs” that brings the Beach Boys to mind. The song ends with the faux sound of a wave breaking along shore, making the thought of a Beach Boys reference more than supposition.

Everything else here has an experimental feel to it as well, but thanks to a bevy of guest vocalists nothing gets too far out into the stratosphere. SBTRKT’s fellow Londoner Sampha gets the most time behind the microphone, and his phrasing on songs like “Hold On” and “Trials of the Past” recalls the work of artists like Tricky. “Wildfire” on the other hand is performed in a completely different style where Little Dragon singer Yukimi Nagano coos and squeals counterpoint to the mid-tempo song’s funkily gurgled synth melody. Roses Gabor and Jesse Ware also guest on this impressive set.