What About Money not to go to College? 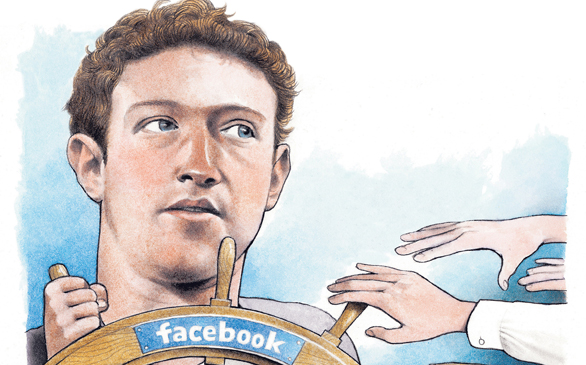 A couple of weeks ago, PayPal co-founder Peter Thiel set up a foundation to give 24 people under the age of 20 a fellowship of $100,000 to drop out of school for two years and start their own companies. Though a controversial investment for proponents of higher education, business professionals and generally everyone who has graduated from college, Thiel’s experiment isn’t that far off base.

Besides, if Mark Zuckerberg can drop out of Harvard and start Facebook, why not the rest of us? Though I find the odds of this fellowship spawning a new type of Facebook to be not-so-great, I do find that Thiel is bringing to light the age-old questions of: Is school really worth it? Is getting a college degree worth more in the long run when you factor out school loans and job prospects in this current economy?

For me, I’m in the current position of wondering the exact same thing. Should I take out $100,000 worth of loans for a master’s degree in Journalism? Journalism is my passion, it’s what I love and I would totally be swimming in bliss if I could go, but debt is not fun.

While an undergrad, I wasn’t thinking at all about what my current financial situation would be once I graduated. So, I drank a tequila shot and just put it out of my head. Now I know the value of such decisions, because the stakes are much higher, I mean $100,000 higher.

I have to be smart about this, and in order to think about it, I have to look back at my undergrad education. I am now paying back $30,000 in loans and have a nifty day job that pays $35,000 (apparently that’s really low, but I was just happy to make more than $10 per hour). The job required a bachelor’s degree.

Now there are employers who hire folks without a high school diploma or college degree. However, without a doubt, you can agree with me that a degree opens more doors and more opportunities than those who are without. Nowadays, it seems to be a pre-requisite for any entry-level position and a way to stay competitive in this tough job market.

But what about those who made it without having to go to school like Zuckerberg? He did it, right?

Frankly, he’s the only one that did it. There’s only one Facebook. There are probably hundreds of others who dropped out of school and found themselves unsuccessful. For one Zuckerberg, you’re looking at 100-plus people who thought their web venture would take off. Zuckerberg was a special case. He still went to Harvard, and he created Facebook while at Harvard. You could probably say that Harvard had some factor in Facebook’s birth.

For the lucky 20 people who will receive the infamous $100,000, I bet it’s not going to be just anyone who decides not to go to college; the reward is meant to foster great ideas, innovation and business ventures. For the most part, I learned all this from going to college.

At the heart of this whole debate is Thiel’s questioning of the value of higher education, which comes at a very appropriate time when a lot of people are struggling through tuition hikes, gas prices and dire job conditions.

So, is higher education worth it?

From my experience, it is a definite yes. I’m not saying you have to go to a top-notch university, but even a community college education has the great ability to teach ideas and skills that broaden one’s perspective of the world. It’s about the discovery of people and ideas that sort of forced me (in a good way) to look beyond what I learned growing up. Was it worth it? Personally, mentally, emotionally, socially – I would say yes. Financially, I’m still waiting to find out.

For me, I’m considering maybe choosing a less expensive college for a master’s degree. Who knows? Too bad I can’t use that $100,000 Thiel Fellowship for it.