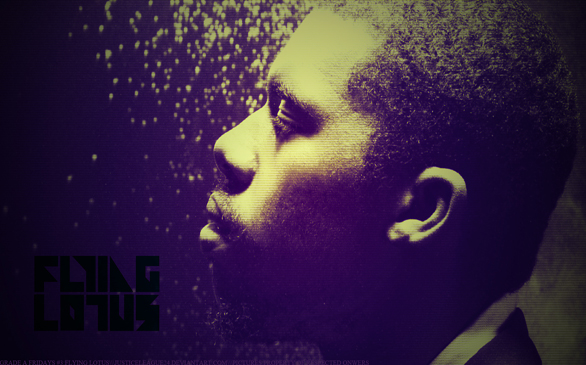 It was a balmy night in Hollywood for Flying Lotus’ sold-out return to his hometown. The newly renovated Music Box remains one of Los Angeles’ finest venues, and the ecstatic crowd couldn’t be happier with the venue choice.

Openers were picked from Lotus’ Brainfeeder Records, and included Thundercat and the much-hyped Gaslamp Killer. The DJ, whose resemblance to Animal from the Muppets is rather uncanny, packed quite a punch and prepped the audience for the night to come. Loud, intense and more than slightly obnoxious, Killer worked the crowd with his mix of bizarre remixes, dubstep and a wide variety of enduring party tunes.

Flying Lotus took to the stage by himself at first, warming up the audience with some tunes that, in contrast to Gaslamp Killer, appeared way downtempo. About 15 minutes in, Lotus was joined by a full band including bassist, keyboardist and drummer. The band complimented the artist’s sound with uncanny precision, adding an immeasurable amount of depth to his tracks.

Hearing Flying Lotus on a record is one thing, but seeing the man mix it live is truly a sight to behold. The highly intricate, sonically textured beats were coupled with wild, psychedelic visuals that were in perfect harmony with the music.

Flying Lotus was introduced to me as electronic jazz and that description is not far off. As trite as it sounds, his music really seems a step or two above what most electronic acts are achieving today.

Having said that, the show wasn’t a giant dance party or didn’t possess any typical traits of a wild rave like DJ show. But one would be hard pressed to find anyone in the sold-out crowd who didn’t walk out with a smile and sense of awe. They certainly got their money’s worth.