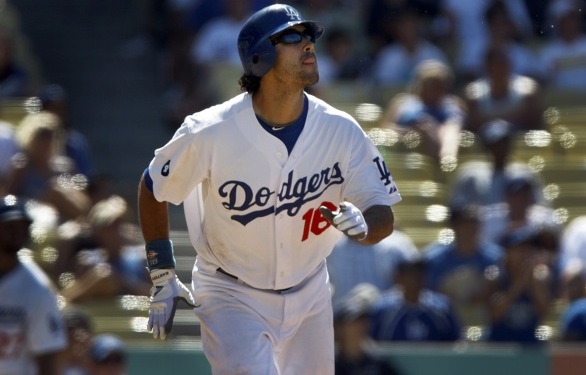 Kemp, who lost 15 pounds during the offseason and is participating in the Home Run Derby as well, has posted MVP-type numbers throughout the campaign. He is beyond focused in comparison to 2010, and he is in top shape; this has guided him to register a .313 batting average with 22 homers, 67 RBI, 47 walks, 103 hits, 55 runs scored and 27 stolen bases.

Other than Kemp, the other above-par consistent Dodger has been the team’s pitching ace, Kershaw. At only 23 years old, Kershaw is arguably placing himself in competition for the NL Cy Young honor. Kershaw is 9-4 with an ERA of 3.03, which could likely decrease on a consistent basis because of his nasty stuff as a left hander. In 19 affairs, he has three complete games and two shutouts, but the 147 fanned batters (most in MLB) are where he has earned his money.

Let’s not forget the hometown boy. A native of Phoenix who attended Arizona State, Ethier is happy to go home for the All-Star celebration on Tuesday, July 12, and play in front of family and friends. Ethier posts a batting average of .311 with nine homers, 44 RBI, 38 walks and 102 hits.

The Dodgers (41-51) are sporting a four-game winning streak, fueled by the weekend’s sweep of the visiting San Diego Padres at Dodger Stadium.