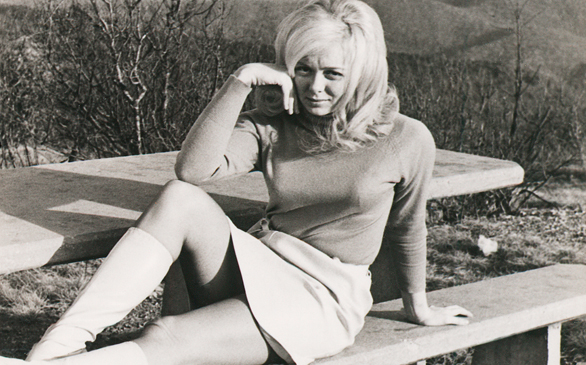 For those looking for a juicy story with all the makings of an R-rated Hollywood fantasy, this may just be a real-life rendering of exactly what you were looking for. Ripe with quick-witted humor and a uniquely balanced perspective, Tabloid is the definitive documentary covering the exploits of Joyce McKinney and her long-lost lover, better known to the gossip columns as the ‘Manacled Mormon.’

Using a variety of sources, including first-hand accounts and a lead narration given by McKinney herself, Tabloid recounts the events leading up to her famed incident in the 1970s. The result of several years of research, director Errol Morris utilized authentic headlines and newspaper clippings to interject facts with the mixed opinions of McKinney and her accompanying eyewitnesses. In the end, the viewer is left with a whirlwind tale of kidnap, religious fanaticism, overnight fame and well-publicized bondage sex.

The interviews used to compose this documentary are put together with a noticeable pace, creating a tornado of mixed opinion and international speculation. McKinney’s position is twisted and distorted, but also highlighted for its rays of validity, establishing the subject as a hero just as much as she is an antagonist. By the end of the film, the viewer is not quite sure whom to believe anymore.

The confusion is especially apparent as the film moves from McKinney’s famed exploits in the ’70s to her tabloid re-emergence in 2008. Moving on from the ‘Sex in Chains’ incident, Morris looks to examine McKinney in her later years when she surprised the world by successfully cloning her pet dog ‘booger.’ It is a fascinating development of character, but a definite drag on the overall pace of the film itself. Chock full of explicit, albeit necessary details, the film’s conclusion tends to force the viewer into a sensation of Joyce McKinney overload, thereby distorting the ambivalence of her position as hero or villain. By the time the credits run, McKinney is rendered harmless, but has lost all credibility nonetheless.

Shocking, informative and above all entertaining, Tabloid is a curious insight to a long forgotten tale, written in the headlines of the gossip columns that once owned Fleet Street. More than a recounting of a crazed beauty-queens attempt at kidnapping her estranged fiancé, Tabloid is an examination of the first world’s fascination with celebrity news and juicy scandal. It whets the appetite for sexual intrigue and tickles the fascination of even the most seemingly mature viewers. Entertaining yet somewhat drawn out, Tabloid is definitely worth the time; just don’t expect anything that will leave you as a better person.