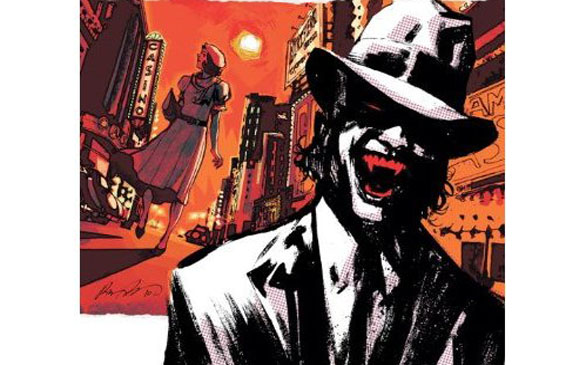 For anyone who mourns what has become of the once great institution of vampirism there is American Vampire by Scott Snyder and Rafael Albuquerque. Bringing back unadulterated viciousness to bloodsuckers, Snyder sets his tale of warring vampire factions against the political machinations behind the rise of an American power.

The second volume picks up in 1936 Las Vegas where Skinner Sweet is running a brothel in a little backwater place where the law has been temporarily loosened so the builders of the Hoover Dam can blow off some steam. But someone is murdering the moneymen behind the dam, and it’s up to police chief Cash McCogan to get to the bottom of it. Meanwhile, Pearl has moved to a secluded cabin to escape the vampire world she has been thrust into – but that world catches up to her.

With its intelligent, Chinatown-esque intrigue and visceral, go-for-the-jugular art by Albuquerque, American Vampire will restore horror fans’ love for a good bloodsucker tale.