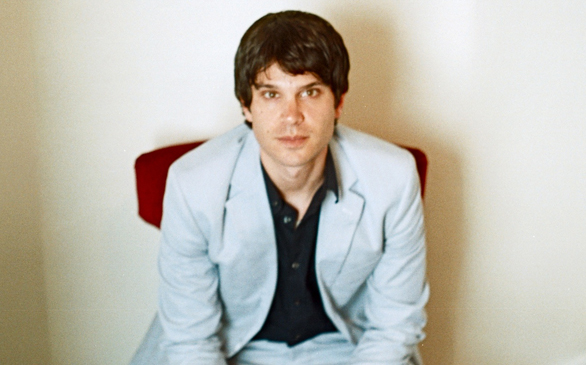 With comparisons to bands like My Morning Jacket, Fleet Foxes, Blitzen Trapper and Modest Mouse, Mike Fiore has been making his way into the hearts and ears of fans, indie music blogs and critics under the name Faces on Film. With his first album, called The Troubles, receiving phenomenal praise from the Boston press, his sophomore album, Some Weather, is being digitally re-released by Nice Music Group July 19. The 30-year-old singer-songwriter took some time out for a phone interview to discuss music, cooking and Neil Young.

“When I was 18 I went to Worcester for a couple of years. It’s 45 minutes west of Massachusetts. And then I picked up a pace in music with a couple of people who went to school there a year after. I like it here,” says the Rochester, N.Y. native, and so he made it his home.

Faces on Film creates music that makes for a perfect soundtrack of lucid, nostalgic dreams. A conglomeration of ethereal instrumentals, smooth but almost hazy vocals and tender verging on fragile lyrics, Fiore’s tracks also passes as musical accompaniment to a heartfelt indie film.

“I was in the fifth or sixth grade. I signed up for this class where you either have to write a story or write a play, or anything that is a creative exercise,” says Fiore, when asked about his musical moniker. “And that’s what one of the plays was called and it just kind of stuck with me.”

He is currently involved in Ralph Arend’s upcoming film titled Worst Friends, where he is responsible for some original scoring and contributing tracks from his first and second albums.

“I met him about a year to a year and a half ago in New York where I was playing down there. He came to the show, and I talked to him a little bit afterwards.”

Within minutes of talking, the two were bound to collaborate on a creative project together.

Listening to Fiore’s music will have you know that with a talent like his, the guy was meant do what he is doing.

“I don’t know if I made the conscious decision to be a musician. Ever since I was a kid, you know, you’re kind of amazed in carving out yourself, like the things that touch you and the things that are important to you. Those things for whatever reason, they were kind of musically related. I don’t know if I ever made the conscious decision to go for it, but I did have a lot of room in my life for it and some kind of reaction came from that decision.

“Growing up I listened to a lot of musicians on the radio. But in terms of stuff that really got me into music, Neil Young came out with a record when I was a kid and I had that and I learned to play the acoustic guitar. I had a friend who always played folk music, and I would hang out at his house and we’d listen to it.”

When asked the time-old query of what he would be doing if he weren’t doing what he does, he says, “That’s a good question. Uh, I don’t know,” he laughs. “I like cooking, maybe I would have tried to be a chef.”

In conjunction with the digital release of Some Weather, Faces on Film will go on a Midwest and East Coast tour with dream-folk singer-songwriter Marissa Nadler.

“[Touring is] great. I wish I had an opportunity to do it more. Some people end up not really liking it much but I enjoy traveling.”

Unfortunately for us, however, he has no current plans of touring in the West Coast.

“I was out in San Diego back in March and that was the first time I played there for just one show. I’d love to get out there.”

His debut album was recorded in an old piano factory in less than a week, and it won Boston Phoenix’s award for Best Singer/Songwriter in 2009. Faces on Film’s sophomore self-produced album surely lives up to the acclaims of the first one, and before the rest of the world finds about him, do yourself a favor and pay close attention to this promising up and comer.

Some Weather will be available July 19. For more information, visit myspace.com/facesonfilm.