The Best in MLS 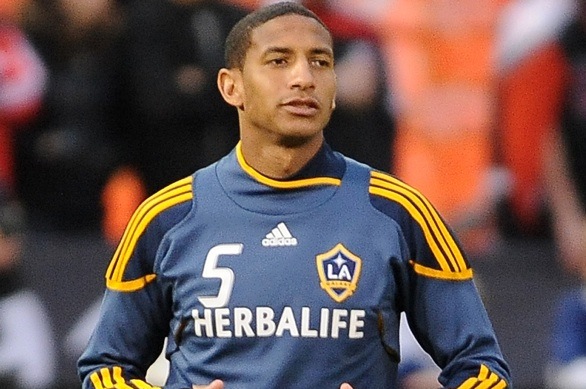 The Los Angeles Galaxy captured a win over the visiting Columbus Crew, of the Eastern Conference, July 20 at the Home Depot Center in Carson before 24,709 fans.

With the win, Los Angeles improve their unbeaten and winning streaks; both move to 13 and two, respectively. L.A.’s record is now 11-2-9 for the year, which propels them to reach a league-best 42 points and serves as mark as the first squad to gain 40 points. The Galaxy are the first to earn 20 points and 30 points, as well.

“Good win for our team. Difficult game, both teams played hard. We had some chances to get a goal, probably, in the first 60 minutes of the game to make things a little easier,” Galaxy head coach Bruce Arena says during the press conference afterward. “Columbus defended well, got out on the break pretty well, and were dangerous right until the end of the game.”

The only goal on the night came via defender Sean Franklin, who will make an appearance in the MLS All-Star game this season. After 70 minutes of scoreless and knotted action, Franklin broke the game open with his first goal of this campaign. It was his first career goal, too.

“I’m excited. I think it might have been deflected. They might call it an own goal, but I’m going to try and claim it as my first goal,” Franklin states. “I’m happy that I got it, but more happy that the team played well tonight. We created numerous chances – corners, shots – the whole team’s effort was great tonight.”

“I’ve tried to tell him it’s an own goal, but he’s not having that. He had a shot in the first half, which he could have scored from. He hit this one really well,” Beckham says.

Los Angeles remains the team with the best record in the MLS, and the club atop of the Western Conference standings. FC Dallas follows in second with 39 points, three behind the Galaxy. Los Angeles’ unbeaten streak is the third longest in club history, as their home record shifted to 6-0-5.

“We did a good job, for the most part, of being organized. We got a little stretched out at the end of the game,” team captain and midfielder Landon Donovan tells reporters. “They took some chances and made some opportunities, but for the most part it was relatively comfortable.”

Set pieces have been a key for the success of the Galaxy this year. They took a total of 16 corners against Columbus. Although they did not score in any of those missed chances, it has become obvious that the Galaxy are getting more dangerous from that offensive attack.

“It’s unfortunate that on a night like tonight we didn’t have Omar [Gonzalez], because Omar would have been dangerous on them. We still got a few good chances out of them. I think it was indicative of the pressure we put on them all night,” Donovan says of the corner kicks.

With the usual starting goalkeeper in Donovan Ricketts in front of goal, Josh Saunders made another start. Saunders posted six saves during the match, which tied a career-high. Thus far this season, Saunders has earned three shutouts, including this one against the Crew.

Defense has been another remarkable part of the Galaxy success throughout the year. This shutout victory is their 11th in 22 total games played in 2011.

“It’s good. A.J. [DeLaGarza] and Gregg [Berhalter] are huge. as was Todd [Dunivant]. Josh [Saunders] was good tonight,” Franklin says answering a question about the team shutout. “It just wasn’t the back four tonight. Our midfield was moving, our forwards were pressing. Everyone was doing their part to play defense tonight and it showed.”

The Galaxy return to MLS action this coming Saturday, July 30, as they travel north to Canada to face the Vancouver Whitecaps FC. The game is scheduled for a 4:30 p.m. start at Empire Field, and it will be televised live on Fox Soccer.

After the win over Columbus and solid tie against English Premier League Manchester City on Saturday, the Galaxy continue to build confidence.

“We needed it tonight; it was important for us to get the three points,” Beckham admits.