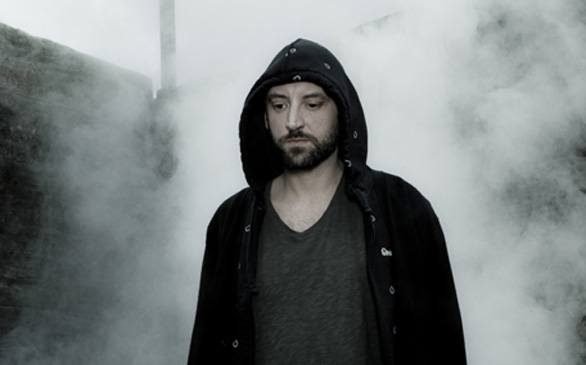 Fin Greenall is a busy man. The man behind Fink, Greenall is a singer, guitarist, DJ, music producer and a songwriter who has also written songs for John Legend. Perfect Darkness is Fink’s fifth full-length album since starting out in 2001. His music has been used in films like the adaptation of Nicholas Sparks’ novel Dear John and TV shows like “Friday Night Lights,” “Stargate Universe” and “CSI: NY.” A native of Brighton, England, he will set out on a three-month tour in Europe with Guy Whittaker on bass and Tim Thornton on drums.

Combining acoustic folk and blues, Fink’s Perfect Darkness is unapologetic in its heartfelt sentimentality and melancholic instrumentals. It doesn’t exactly make you want to get out of bed and go out and about, as it sounds more appropriate for a dramatic contemplation of a failing relationship or any unfortunate occurrence in your life. It also may not be the cup of tea of people who prefer music that doesn’t make them want to stay in bed all day, but clearly, the band has a strong following of an audience as proven by the longevity of Greenall’s career and popularity.

Greenall’s vocal styling is effortlessly soulful, almost entrancing, and the rhythm of the guitar and bass is pristine and impeccable. The 10-track album holds an ability to get you lost in a dark and somber world, a true marking of great music that moves you. However, listen to it on a day that starts out bright and shiny, it could very well dampen your mood; something that a band like Bon Iver avoids in doing despite its equally somber themes and bluesy tone.