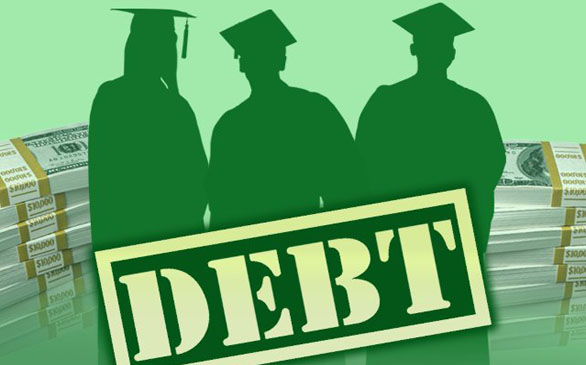 Once again, the state’s budget deficit means less money allocated to schools, which means average hard-working Californians will have to pay the difference.

Almost a year ago the UCs raised tuition by a whopping 32 percent, which triggered massive protests by a bunch of really pissed-off students.

So now, WTF is going on? Besides all the external factors of the federal government’s $14 trillion dollar debt, rising oil prices, weak job growth and high unemployment, our beloved California lawmakers have approved a budget to slash $650 million dollars from the UCs and Cal States. According to the Los Angeles Times, this is $150 million more than what the universities were expecting. As a response the Cal States will raise their tuition by 12 percent, with the average student expected to see their annual tuition rise $5,472.

It gets worse for the UCs. The almighty governing body of all University of California affairs, the UC Regents, are in talks to raising tuition by 9.6 percent, on top of an 8-percent increase already scheduled to take effect in the fall. We’re looking at an undergraduate tuition fee of $12,200, not taking into account that a student still has to eat, buy books and pay rent.

Again, I would like to reiterate that though the public university system has its flaws in the way it spends or allocates money (Like really, the President of San Diego State gets a $400,000 salary!), the decision to raise fees isn’t some cop-out meant to wring students and their families for more money. It’s the economy, the recession and budget deficits among other things. But, what I do have a problem with is how no one seems to look at the longterm effects of raising tuition.

Seriously, I know we’re in a huge financial blood-sucking black hole of doom, but short-term fixes like raising tuition are detrimental to the future of jobs and our economy. Now more than ever, we need to invest in education – to keep us competitive in technology and innovation, to cultivate the next generation of thought leaders that will take us out of this economic downward spiral.

So why will raising tuition hurt the future? Because you’re closing the gates to thousands of individuals who have the capacity to shape the future. How? Two concepts: access and retention.

Access – the ability to even attend school in the first place.

Think about it, if you knew that going to school meant taking out more than $40,000 worth of loans, would you do it? What about hearing the dismal job prospects for recent college graduates? Or you’re an undocumented student, who besides having to pay out-of-state tuition must also have to endure having to pay even more money.

Let’s go even deeper to the education levels of primary and junior high students. Because of budget cuts, there are more furlough days and less teachers. You have to study in crowded classrooms and have even less days to learn. How does this keep you competitive with other students across the state? How does this prepare you for a rigorous academic life in college?

And there’s retention – you were accepted into college and have enrolled and you’re struggling financially just to make ends meet. If you’re in this situation or can somehow relate, then you know how money can become a huge obstacle in doing well in college. Too much worrying about whether you’ll be able to buy textbooks, pay rent or even eat can take its toll when you have to concentrate on that next final.

I’ve talked to students who have to take time off from school just to save enough money for the next quarter’s tuition. Ultimately some students facing financial issues may have to graduate later or even worse – drop out.

Maybe it takes more than just legislative and institutional governing bodies like the UC Regents to help solve our education crisis. I believe we need more private companies to start utilizing profit gains for philanthropic uses like scholarships, after-school programs and tuition assistance.

We need to start thinking of better ways to fund our education system, or we face a very grim future ahead of us.