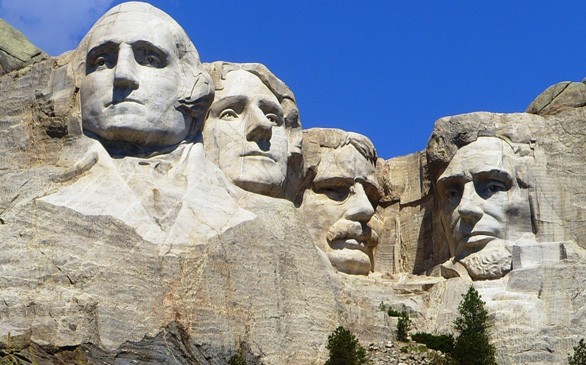 You wouldn’t expect a small town cradled in the Black Hills of South Dakota to have too much to crow about, unless of course that town happens to be historic Deadwood.

The town sprang up in 1876 after fortune hunters found a gulch full of gold and, you guessed it, dead trees. Soon Deadwood was a Wild West boomtown filled with colorful characters like Wild Bill Hickok and Calamity Jane, both of whom are buried in Deadwood’s Mount Moriah Cemetery. Paul McCartney’s “Rocky Raccoon” roamed these parts, and HBO couldn’t keep from making a salacious television series about the place.

Today Deadwood exists primarily for entertainment purposes; folks come from all over the world to watch gunfights reenacted on Main Street, to see Saloon No. 10 where Wild Bill was shot to death and to, like the cowboys and miners and outlaws of days gone by, try to take home a jackpot from the poker table.

Casino gaming is another lifeblood for Deadwood, and it seems like you’re never more than a few yards away from someplace where you can gamble, whether it’s at a full-blown casino or just a place with an array of one-armed bandits. But as modern country superstars Big & Rich will tell you, there’s another kind of gold in Deadwood, and they found it about 10 years ago.

It’s not often that aspiring musicians have good things to say about life on the road; the early parts of many a career are rife with stories of playing and not getting paid, of broken down tour vehicles, of mooching a couch to crash on when there’s no motel money. About a decade ago, when they were first starting out, Big & Rich came to Deadwood and found exactly the opposite of all the horror stories: a welcoming place to play in an environment they quickly fell in love with. The feeling was mutual, and to this day the residents of Deadwood think of Big Kenny Alphin and John Rich as local boys done good.

And now that the guys are literally big and rich they’ve found a way to give back. Big Kenny is one of the owners of Deadwood’s newest attractions, the Deadwood Mountain Grand Hotel, Event Center and Casino, a place that provides something the town has until now been lacking – a concert venue. To celebrate the Event Center’s grand opening this summer Big & Rich played two shows and brought along Gretchen Wilson and Cowboy Troy to join in the fun, which of course each night turned into a raucous hooting-and-hollering two-hour party.

While there’s always been music on tap in Deadwood, now there’s a place where visitors and locals alike can enjoy world-class shows by acts like Stone Temple Pilots, Pat Benatar, Kenny Rogers and Charlie Daniels. Locals are also very appreciative of the fact that the Deadwood Mountain Grand is housed in a building that was once part of a mining operation so an eyesore destined to be torn down has been beautifully reclaimed, allowing a significant piece of Deadwood’s heritage to live on.

The entire town of Deadwood is a National Historic Landmark, and there are plenty of walking tours, guided tours, museums and historic sites to indulge in. But Deadwood is also a great jumping-off place for day trips to other Black Hills attractions, most notably one of America’s most famous landmarks, Mt. Rushmore National Memorial. The Crazy Horse Memorial, still a work in progress, is nearby too; when finished it will be the world’s largest mountain carving. Custer State Park, where you might see buffalo roam, is a short drive from Deadwood, and on the way you’ll traverse the famous “pigtail” bridges. Sturgis, home of the infamous Sturgis Rally, is also nearby and every summer thousands of bikers rumble their Harley’s into Deadwood, a sight to see for sure. The rally this year takes place Aug. 8-14 and during that time every inch of the Black Hills will reverberate with the distinct sound of the Harley Davidson motorcycle.