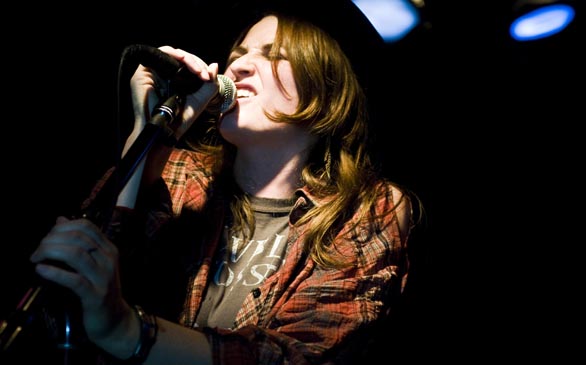 Dead Sara took over the viper room following a set by Golden State and a Viper Room burlesque show by Tally. After the set by the boys of Golden State and the dance by Tally, the room, filled nearly to capacity, was ready for Dead Sara. The energy in the crowd and the energy of the band were so in tune with each other that it made for a great night.

Even in the small venue, Emily Armstrong sang like she was in a stadium with vocals able to carry any size show. Siouxsie Medley on guitar balances out Armstrong’s energetic vocals. Bassist Chris Null and drummer Sean Friday round out the band with their beautiful and sometimes melancholy rhythms.

The lyrics and melodies are nothing if not relatable and beautifully delivered. The audience was moving perfectly in beat with Armstrong and her band’s beats, and by the end, everyone was singing along with their new favorite band. The set was over too soon, and the crowd clearly wanted more from the band. Currently based in Los Angeles, and playing in support of their upcoming self-titled album (available Aug. 23), be sure not to miss another show when they come out again later in the year.