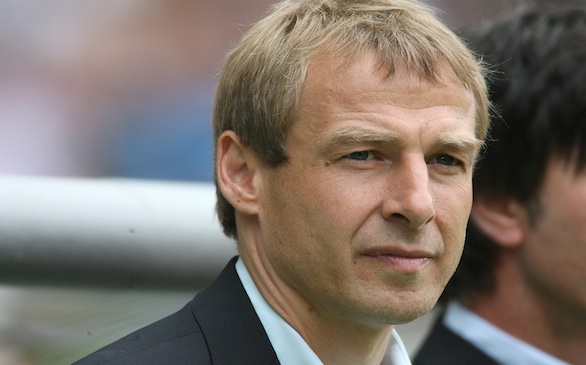 Juergen Klinsmann, who has a residence in Huntington Beach, CA, has been named coach of the U.S.
(Credit: Lionel Hahn/Abaca Press/MCT)

A day after firing then head coach Bob Bradley, the U.S. Soccer Federation has hired its new face of the men's national soccer team in German Juergen Klinsmann. This move could have been made after the 2006 World Cup, but both parties could not reach a mutual contract agreement. Klinsmann, who appeared in three World Cups as a player and one as a coach for Germany, will be formally introduced Monday at a press conference in New York.