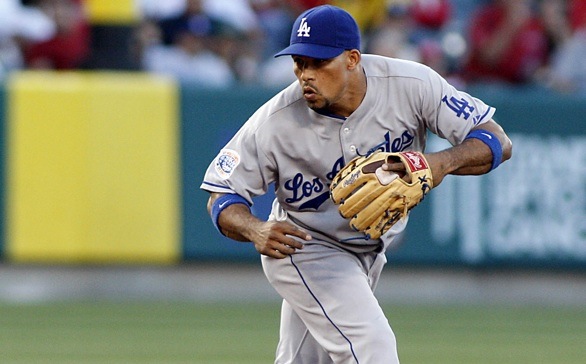 After six seasons with the team, the Los Angeles Dodgers traded shortstop Rafael Furcal to the St. Louis Cardinals on Sunday in exchange for a minor league player.

When healthy and motivated, Furcal can be a superstar offensively and the best shortstop defensively. Furcal, who has a home in La Cañada, is just 33 years of age.

“I’m so excited,” he says to multiple reporters. “Who wouldn’t want to be in this situation? They’re looking for a win, and I’m looking for that, too.”

Cardinals’ manager Tony La Russa, who has named this Dominican born player his everyday starter at shortstop, is thrilled to have Furcal on board with his club.

“I think we’ve significantly improved our chance to win,” La Russa states. “I think Rafael is a championship-type player.”

Dodgers’ general manager Ned Colletti is sad to have dealt Furcal, but is simultaneously happy to see him go to an immediate contender.

“Raffy was a pivotal part of our success in 2006, 2008 and 2009,” Colletti admits. “He’s respected by his teammates and people around the game because of how hard he played day in and day out and his passion for being a Dodger.”

In exchange for Furcal, the Dodgers received an outfielder in Alex Castellanos, who was playing at Double-A Springfield. Castellanos, whose 25th birthday is next week, was the Cardinals’ 10th-round draft pick in 2008; he was batting .319 with 19 homers, 62 RBIs and 10 steals in 93 games.

“We’re getting a player who has shown a combination of power and speed,” Colletti says. “We hope he can refine those abilities to a big league standard.”

The Cardinals will pay about $1.38 million of the remaining $4.8 million on Furcal’s salary. Top prospect in shortstop Dee Gordon has been recalled from Triple-A Albuquerque; he ranks as the No. 25 prospect in baseball.