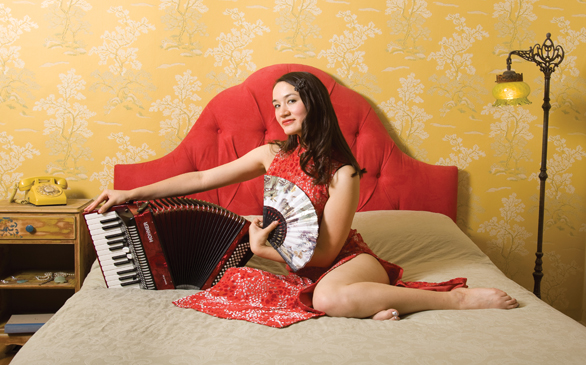 It’s the start of August, folks, and the countdown is on for our summer lovin’ to end. But not quite yet.

Los Angeles still has a lot in store for those who decided to stay in the city or decided to come back before the start of the school year. Though the start of many of the city’s concert series have already come and gone, it’s still not too late to catch the remaining shows left for the summer season.

And don’t worry, I’ve compiled a real list that not only makes the most out of your L.A. experience but also on your checking account (because I know tuition is going to get a lot higher this year, if you know what I’m saying).

We start off with The Levitt Pavilion Concert Series. In my opinion the Levitt Pavilion is like a miniature Hollywood Bowl with its dome-shaped stage, grassy lawns and the outdoor moon and stars as your ceiling. Concerts are completely FREE and run from Wednesday to Sunday all the way up to Aug. 28. Don’t forget to bring your pillow, blanket and picnic items.

Some acts I would love to see in Pasadena include really experiencing something different and out of this world with Lazare Houetin’s Night in Africa on Aug. 24. I expect a compilation of high-octane drumbeats and conga rhythms stemming from distant lands across the sea. Also I’m excited about Jessica Fichot on Aug. 26 with her eclectically smooth fusion of French-inspired tunes that always makes you feel like you’re right on the streets of Paris. More information and complete concert listings can be found at levittpavilionpasadena.org.

But if Pasadena’s too far for you, some MacArthur Park shows I’m looking forward to are La Santa Cecilia (Aug. 14), a true L.A. band conjuring Latin fiestas and Spanish songs. If you haven’t heard their rendition of the Beatles’ “Strawberry Fields Forever,” then YouTube it … now. Also, another interesting evening will include the Aug.28 Youth Talent Night where we can witness first-hand the future of Los Angeles’ music scene. Plus kids’ talent shows are just awesome and cute. If you want to know who else is playing in MacArthur Park, check out levittla.org for more details.

If you want more of a cultural/global music scene in mind, Sunset Concerts at the Skirball is happening now until Aug. 25. For students located on the West Side, the Skirball is located near the Getty Center and easily accessible by transportation. All Skirball galleries are free and open until 10 p.m. during Sunset Concerts. Visit skirball.org to see the summer concert schedule.

Also for August, indie lovers could venture on down to Silver Lake and Echo Park for the Spaceland Under the Stars concert series which will include Bixby Knolls, Marcus Very Ordinary, Noah Lit and the Megafauna, Spirit Vine and Black Flamingo at venues like Echoplex, the Echo, Malo and El Prado to mention a few.

The same production company hosting Spaceland Under the Stars also does some amazing concerts in Downtown’s Pershing Square, which also has a grassy lawn, let’s go picnic under the stars in the middle of downtown kind of setup. Pershing Square has free concerts Wednesday through Saturday starting at 8 p.m. On Thursdays, the best of alternative music and cutting-edge DJ sets are spinning starting at 8 p.m., and Fridays include movies on the lawn after 8 p.m. More info can be found at laparks.org/pershingsquare/downtownstage.

And lastly, free jazz concerts are sprinkled throughout Los Angeles in August. Don’t miss: Wine, Jazz & Moonlight at Hollywood & Highland Center by some of the country's top jazz performers every Tuesday from 7 p.m. to 9 p.m. in the Central Courtyard on level 2, Free Jazz Thursdays at Westfield Century City and Jazz at LACMA every Friday until November, from 6 p.m. to 8 p.m.

I love music and entertainment, and I love anything that’s close to free. So let’s make the most out of our L.A. summer together. A lot of these venues are designed to expose you to the best of Los Angeles’ local talent, and all are easily accessible by public transit. Hope to see you there.

If you know of other cool events happening around the city, feel free to send them our way.