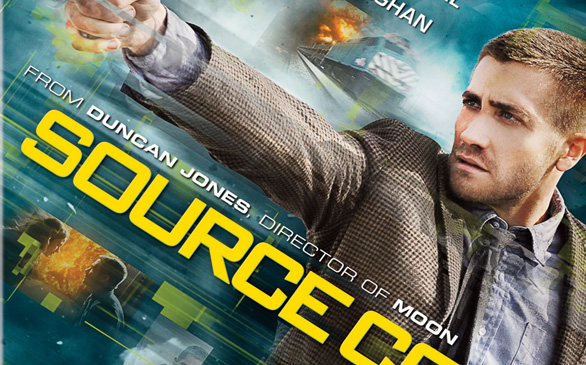 The Majors: Jake Gyllenhaal is a soldier who must continuously relive the same eight minutes leading up to a train bombing in order to stop another terrorist attack in the sci-fi thriller Source Code. As Gyllenhaal searches for clues he becomes increasingly disoriented with the time travel. Meanwhile, his superiors aren’t telling him everything. Vera Farmiga co-stars.

From the Vault: Some fantastic under-seen gems are now available online through the Warner Archives, including one of French master Jean Renoir’s few Hollywood films, the noirish love triangle The Woman on the Beach, the P.G. Wodehouse-scripted musical-comedy A Damsel in Distress, the Cary Grant/Carole Lombard melodrama In Name Only and two action flicks, the mercenary film Dark of the Sun and the very ’60s espionage film Assignment to Kill.

Made in Japan: Sam and Dean, brother investigators of the occult, get animated in Supernatural: The Anime Series, a Japanese adaptation of the live-action show. The anime series takes place during the show’s first two seasons, as the Winchesters traverse the country in search of their missing father. Stars Jared Padalecki and Jensen Ackles provide voices on select episodes.

The Horror! The Horror! Brandon Routh is the eponymous supernatural P.I. in the horror-comedy comic book adaptation Dylan Dog.

China’s The Matrimony is a gorgeously shot period ghost story in the spirit of Hitchcock’s Rebecca.

In a post-apocalyptic world of vampires, a teenage boy must rely on a lone vampire hunter to get him to Canada’s safe zone in Stake Land.

When a virus breaks out on a plane turning passengers into bloodthirsty maniacs the survivors have to ban together in an isolated airport terminal in order to survive in Quarantine 2.

Blu Notes: John Cusack stars as a disaffected high schooler in one of the best comedies of the ’80s, the cult favorite Better Off Dead.

Jake Gyllenhaal gave his breakout performance in the genre-blending, mind-bending sci-fi coming-of-age film Donnie Darko coming to Blu-ray in a 10th Anniversary Edition, which includes both cuts of the film and tons of extras.

Danny McBride returns as the washed up Big Leaguer turned gym coach Kenny Powers in Eastbound & Down: The Complete Second Season. Sinking ever lower, Kenny goes to Mexico where he attempts to stage a comeback by joining the local team.

HBO’s breezy Hollywood comedy takes a darker turn when Vince is injured on the set of a film in Entourage: The Complete Seventh Season.

From the Golden Age of Television, Omnibus: American Profiles documents America’s iconic people and places, from William Faulkner to Dr. Seuss’ Museum that Ought to Be.