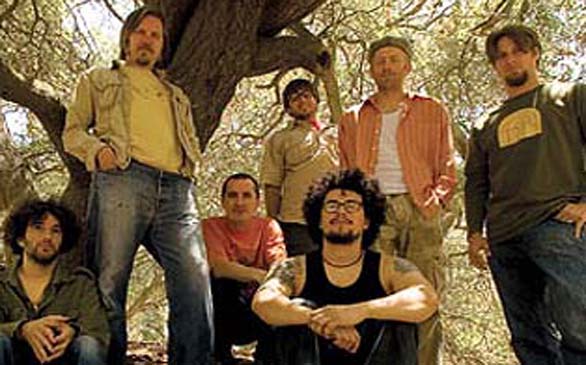 “Sweet Soul Music” is alive again in the form of musical all-stars the Lions. Not to be mistaken for the rock band of the same moniker, this lineup features members from some ska, dub and funk bands, including Hepcat, Ocean 11 and Breakestra. The Lions are set to take the stage at MacArthur Park’s Levitt Pavillion for the summer concert series.

What started as a jam session of local musicians, they soon realized they had something new and refreshing in the studio. Their unique ability to blend the old school rhythms with modern soul, jazz and world music flavor has landed them at Sunset Junction, the Bacchanal and as of late, the Roxy. Their 2008 release Jungle Struttin’ was a glimpse of the Lions’ range, from Latin tinged tracks like “Hot No Ho” and “Cumbia del Lion,” to ’70s funk on the title track. But undeniably the Lions are a live concert band.

Twelve to 13 members comprise this local L.A. group, with three vocalists who have long been known for their harmonies. Alex Désert and Deston Berry of Hepcat makeup half of the vocals, and they are known for their alto/baritone melodies. Add to the mix Malik Moore of Ocean 11’s smooth voice and it’s apparent why the Lions are becoming a force to be reckoned with. Well that, and the insane brass section behind them.

No doubt, Levitt Pavillion will be full, so be sure to arrive early to grab a spot on the grass to set up your picnic and enjoy the music.