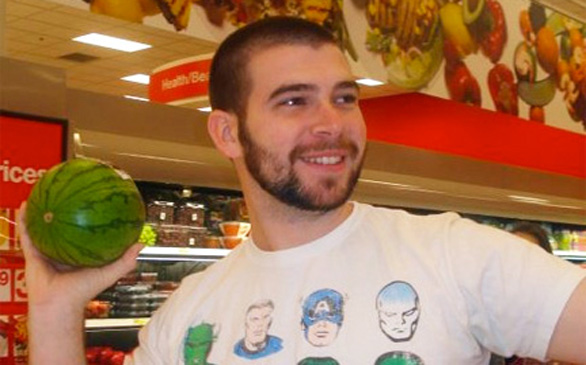 “Classical music. It makes you smarter./And admit it, you could be more cultured;/you just picked up a book call Broetry.”

This is the closing stanza of “Why You Should Listen to Classical Music,” part of Brian McGackin’s literary debut entitled Broetry. The slim volume of poems includes other titles like “Whorecrux,” “Haikougar” and “I’ll Take ‘Crazy Bitches’ for $200, Alex.”

Broetry may not meet any sort of literary canon, pass a Microsoft Word spellcheck or cater to women who aren’t fond of being called all sorts of offensive names, but at least it’s aware of its lack of intellectual appeal. It’s safe to say that McGackin, who attended Emerson College and earned his masters in poetry at the University of Southern California, wasn’t aiming for a Pulitzer. In fact, his target audience is people who are not into that whole poetry thing, which should be about the majority of the population.

Although many of the poems have hilarious high points, a punchline like “If only you had a smaller bladder,/I could cheat on you more often” barely counts as clever humor. I get that it’s not the point of “broetry,” but a little wit in a literary work, no matter how much of it is based on everyday reality, never hurt anyone. You can read funnier 140-word quips and a teenager’s account of last night’s party on Tumblr and you don’t have to pay for it.

Perhaps that’s a little harsh, but McGackin is obviously smart and talented well enough to be able to speak in a voice that gathers an enthusiastic audience, which isn’t an easy feat. In that case, well-played bro! Maybe easy on the menstrual jokes and portmanteaus next time?