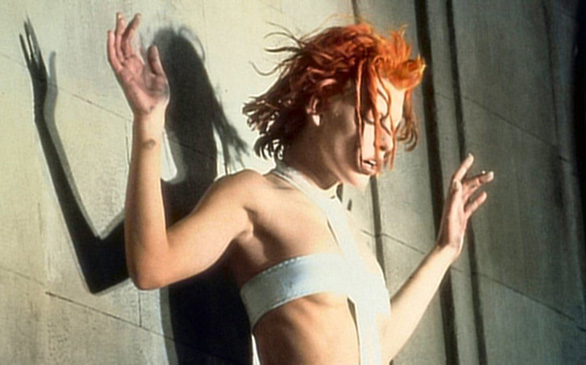 It seems like the Los Angeles County Museum of Art has made it a goal to spoil Tim Burton fans this summer. Having already held screenings on-site of the guy’s films in conjunction with the ongoing exhibit that features pieces inspired by Burton’s works, LACMA is now holding an outdoor event at Hancock park entitled A Tim Burton Sampler. Not that we’re complaining. Summer evenings are meant to be spent outside, and watching Burton’s quirky classics while lying out on a blanket in the park is not a terrible way to pass time.

To commence the free outdoor film series, there will be a screening of Corpse Bride on Friday, Aug. 5. Before Helena Bonham Carter became ratty-haired villain Bellatrix Lestrange in the Harry Potter series, she voiced the equally dead at heart (although in different ways) Emily, who rises from the grave and mistakingly assumes Victor (Johnny Depp) to be her groom. This dark fantasy musical seems to have been made to be seen under the stars, so take advantage of the opportunity and thank the heavens – or LACMA – for being so generous in helping us fill our calendars.

Corpse Bride will be followed by James and the Giant Peach on Aug. 12, Pee Wee’s Big Adventure on Aug. 19 and Alice in Wonderland on Aug. 26. All will be screened at Hancock Park.

The Onion AV Club’s Noel Murray calls it “enjoyably badass, with a plot that’s like one long, drunken dare,” while IFC’s Matt Singer calls director and actor Evan Goldell “a mad scientist of a filmmaker.” The most revering praise however is made by James Rocchi of MSN, who raves that it is “one of the most strong and stylish critiques of the idiocy and confusion in young manhood since Fight Club.” Although I have not seen Bellflower, an irresistibly action-packed trailer and one Fight Club comparison are enough to convince me to give an indie film a chance.

Bellflower tells the story of best friends Woodrow (Evan Glodell) and Aiden (Tyler Dawson) who build Mad Max-inspired flamethrowers and muscle cars to prepare for a global apocalypse. Woodrow then meets and falls in love with Milly (Jessie Wiseman), which sets off his and Aiden’s already crazy journey even crazier than it is.

Incorporating some of his personal life experiences and using unconventional filming methods, Bellflower is Goldell’s feature-length directorial debut. Moving from Wisconsin to California with some friends in his early twenties, Goldell sold personal belongings and lived in an abandoned office wing to get funding for Bellflower.

In a press release, Goldell says, “I am a strong believer that stories on film should be told in an exciting way – whatever that means. To me, I suppose it translates into tons of fire, violence and insanity, but if I thought I was putting something negative into the world, I would most likely burn it before I would let anyone see it.”

If you haven’t tried a burger from Umami, go. Soon. Don’t let the smaller portion fool you – sometimes you really don’t need to eat a hamburger the size of your head – because the tender and juicy meat will do you right just fine. And since this is a film column, why not pair this gastronomic experience at the Cahuenga location, which is hosting movie nights at the courtyard of Space 15 Twenty throughout the summer.

This week, on Aug. 9, Umami will screen The Fifth Element at 8 p.m. The 1997 science fiction film was directed by French filmmaker Luc Besson and features an all-star cast that includes Bruce Willis, Gary Oldman and Milla Jovovich. Browse and shop the experimental Urban Outfitters location and the surrounding shops beforehand, and when it’s time to see the movie while eating your burger, ogle at Jovovich’s futuristic costumes designed by Jean Paul Gaultier. And if you have a little too much testosterone for that, just sit back and watch all the action and guzzle down a beer with your burger.

Umami will next screen the 2001 romantic comedy Two Can Play That Game on Aug. 30.