Sound Tribe Sector 9: Finding Its Groove With Murphy Back 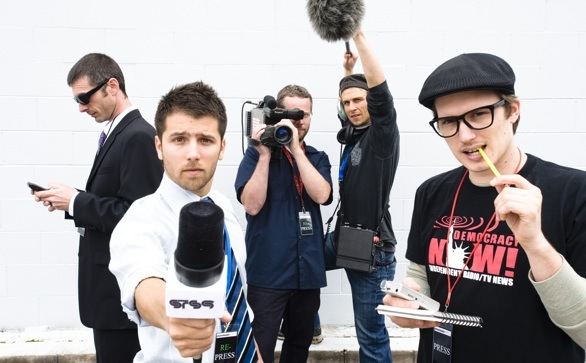 For over a decade, Sound Tribe Sector 9 has made a habit of embracing change with open arms. Whether it’s been the decision to migrate from its hometown of Atlanta to Santa Cruz, Calif., or the choice to operate under its own record label, 1320 Records, the jamtronica giant hasn’t let anything stand in the way of attaining its creative aspirations.

Yet when bassist David Murphy was diagnosed with a cancerous tumor in his sinus cavity less than seven months ago, it quickly put things into perspective for his four other band mates. So much so, that they didn’t talk about music while Murphy spent over a week in the hospital.

“We really were just worried about our brother, our bass player and our best friend,” drummer Zach Velmer recalls. “Nothing else mattered. The world kind of stopped.”

STS9 quickly cancelled its shows scheduled in February and March not knowing when it might be able to tour again. Back in the studio, the band – composed of Murphy, Velmer, guitarist Hunter Brown, keyboardist David Phipps and percussionist Jeffree Lerner – had been working on a new album since the fall with its eyes set on a release this summer.

All of those plans, though, were put on the backburner when the news broke about Murphy’s condition in January. Instead, STS9’s primary focus became helping Murphy heal – whatever it would take and for however long.

“None of this exists without him and without us,” Velmer admits. “If anybody goes through that, I think that you have a new take on existing on planet earth in three dimensions … and how quickly it can be taken from you.”

But Murphy wouldn’t let himself become detached from STS9 for very long. With the surgery a success, he needed the band’s music more than ever to nurse his wounds as he underwent chemotherapy and radiation treatment.

“David was in a very fragile position, but he wanted to play music,” Velmer says.

And by the end of March, just 10 weeks after Murphy went under the knife, the band was back on the road. Making a triumphant return at Ultra Music Festival in Miami, STS9 went back to its Georgia roots the following month, playing two nights in Athens to gear up for a summer run that has included stops at Wakarusa, Bonnaroo and All Good on the festival circuit.

“We did that not because we had to, but because it helped David heal,” Velmer explains. “It was all about getting David better.”

Southern California, nevertheless, will have a chance to see STS9 playing in the clubs again, as Los Angeles welcomes the quintet for an Aug. 11 date at the House of Blues Sunset Strip.

“It’s always a pleasure to come to L.A.,” Velmer says. “L.A. has some of the best people doing cool shit. It’s a very progressive, hip place to be.”

Although it will be the first time in over a year that STS9 will have played in the City of Angels, fans can expect to hear some of the band’s latest material from When The Dust Settles. The five-song EP features the single, “Scheme,” a grooving track that blends big, bouncy hip-hop beats with carefully played synthesizers to get your head bobbing up and down over the course of five minutes.

“We wanted to write something that felt good and something you would rock driving on a road trip,” Velmer says about the new album that was released in June. “With that intention, that’s what came out.”

Meanwhile, for Murphy, who is still on the road to recovery, playing in front of packed crowds across the country has offered him a chance to escape some of the pain he’s endured lately.

“He kind of charged it,” Velmer says of his fellow band member’s return to the stage. “He wanted to get back out there and do what he loved to do. To everybody, it made a lot of sense.”

Now, with another album in the works, a new recording studio opening, a fall U.S. tour continuing into November and four sold-out nights in Mexico at the beginning of 2012, STS9 hasn’t felt the urge to take it easy with Murphy back in the fold.

“We haven’t slowed down,” Velmer says. “We’ve got the foot on the pedal, and we’re really excited for what’s to come.”