The Aviation Orange: East of Here 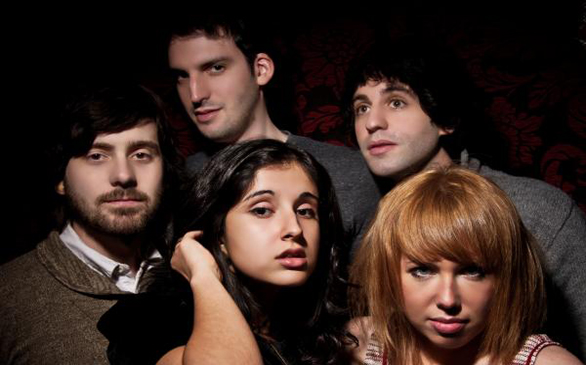 You may remember the Aviation Orange’s previous brush with fame; the video for their song “Radio” got lots of love from MTV in 2009. East of Here is a six-song EP featuring more airy indie pop that reflects influence from groups like the Killers (“Sunrise Sunset”) or across-the-pond acts like the Cure (“East of Here.”)

“Etch a Postcard” is instantly recognizable as being informed by the Smiths, even though the vocals are initially handled by keys player Cherie Hannouche before lead singer Michael Nesci takes his verses with a distinct Morrissey-esque tone. Nothing here has such an overt hook as “Radio,” but fans of that song should get along quite nicely with the upbeat, brightly lit music on East of Here.

East of Here is currently available.