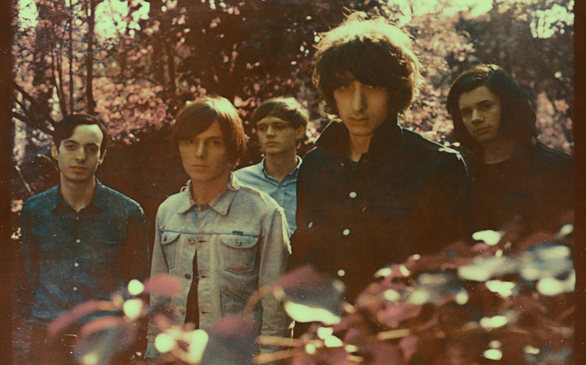 The last album from the Horrors, 2009’s Primary Colours, was critically praised and nominated for the vaunted Mercury Prize that celebrates the best of U.K. music. This album starts with the Bowie-esque “Changing the Rain” and the shoe-gazing of “You Said,” but the band shifts through a few gears to get to “I Can See Through You,” a fast-paced number that looks in the opposite direction – all the way to the psychedelic heavens.

Singer Farris Badwan takes the first part of “Endless Blue” off, but just when you think the song is going to fully-form as a mellow psych instrumental there’s a false ending and the song restarts in a flurry of anxious drums and shocking guitar. “Dive In” makes a psych splash that would make the Verve proud while the loping rhythm, and keyboard flourishes of “Still Life” give the song a distinct Psychedelic Furs bent.

Skying seems to get more interesting as it goes along, perhaps because it gets a little more “out there” with each successive song, finishing strong with the inward-looking “Moving Further Away,” the effects-laden trippy-ness of “Monica Gems” and the Pink Floyd-like dreamscape of “Oceans Burning.”