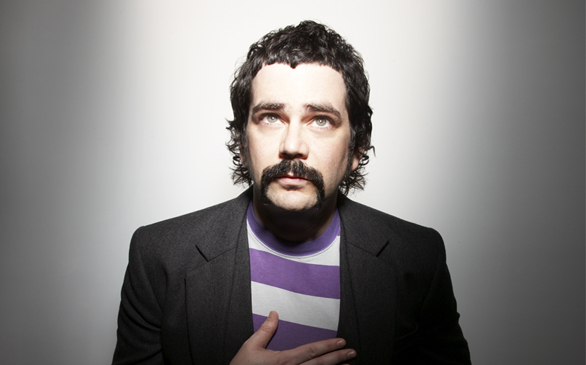 If you know how to frug, dance the watusi or do the jerk then you’ll love Mondo Beyondo, Ursula 1000’s update of the sounds that ruled the go-go era. Ursula 1000 is the stage name of NYC-based DJ and musician Alex Gimeno, and he has an incredible knack for creating catchy instrumental themes, some of which you’ve probably heard emanating from the TV set as they hip-up commercials for everything from Grand Marnier and Adidas to sitcoms “How I Met Your Mother” and “Modern Family.”

The album’s title cut, placed at the beginning of the set, is an irresistible surf/spy number that conjures images of girls dancing in thigh-high boots and DayGlo miniskirts, while “Graveyard Stomp,” complete with ghoulish laughter, sounds like something the B-52s might have done if they were rocking the garage in 1965.

And speaking of the B-52s, that band’s male lead vocalist Fred Schneider guests on “Hey You!” where he pauses long enough while reciting nonsensical lyrics in his typically weirdo fashion to shout “ecstasy!” Take the meaning of the word any way you want to; Mondo Beyondo is wild good fun that’ll have you dancing all night and grinning like a fool the whole time.