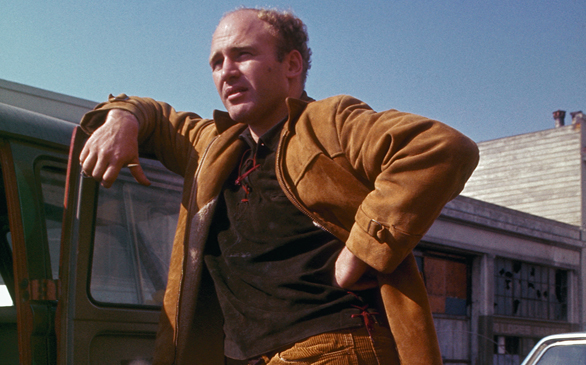 If the name Ken Kesey sounds familiar it’s because he authored a notorious book called One Flew Over the Cuckoo’s Nest which was later turned into both a play that starred Kirk Douglas and a movie that starred Jack Nicholson. Magic Trip takes place between 1963 and 1965 when the United States was going through a tumultuous period due to the civil rights movement that was happening as well as the assassination of beloved President John F. Kennedy. There were also experiments taking place during that time with a drug called LSD, which was discovered by a Swiss doctor who was developing a cure for migraine headaches. The drug, concocted from mold, could also be used to create a sense of insanity. Ken Kesey participated in a Stanford University study for the drug and never actually walked away from LSD until later on in his life.

Kesey decided to take the Magic Trip because of the desire to see the World’s Fair in NYC and as a result of witnessing what was occurring in America after the assassination of President Kennedy. Kesey had already authored numerous books and wanted to see if people thought as the characters in his novels did by filming various events that took place on his bus with 16-millimeter cameras in color.

Magic Trip is edited in such a way that it clearly points out the chronological timeline in which Kesey’s whole trip took place, but that was not the case at first. The film, directed by Alison Ellwood and Alex Gibney (the Oscar-winning Taxi to the Dark Side), faced dire challenges due to the monumental amount of chaotic footage that was archived by UCLA. The result, though, is a brilliantly edited film that is narrated by Stanley Tucci and clearly shows the audience the behavior of the people who were on the bus.

Fourteen people initially were on the bus after it was retrofitted with psychedelic art and a rooftop stage, but the number dwindled as the film flowed along. The audience gets a sense of the process of elimination taking place, but the characters who were documented are entertaining nevertheless.

The audience witnesses the raw effects of the drug throughout, which gives the film a sense of boldness but not a sense of rebellion. The Magic Trip group is not rebels but are ‘Pranksters,’ as they called themselves the Merry Band of Pranksters. Flutes and guitars would be played throughout the film while others simply danced and clapped during the road trip.

One of the pivotal moments in the film is when the group, which was down to about seven people, decided to go to the ranch of Timothy Leary after Kesey’s disappointment at the World’s Fair. Another pivotal point was the appearance of Jerry Garcia’s band before it became the Grateful Dead, and the audience witnesses the birth of a rave-type movement taking place among people who were under the influence of LSD. Magic Trip also points out that the CIA was behind the LSD research studies that took place across the country a few years prior.

The documentary ends on a bittersweet note and also serves as a memorial to Kesey. One of the late authors sons, Zane Kesey, played an important role in the release of the film but what is not mentioned in the documentary is the fact that the actual bus, called Further, is currently being refurbished to perhaps take another trip across the country. Magic Trip follows a trend of films depicting the liberation of people or a congregation of people with the desire to liberate themselves with music or art.