Good Times, Great Lake: Having a Blast North of Superior 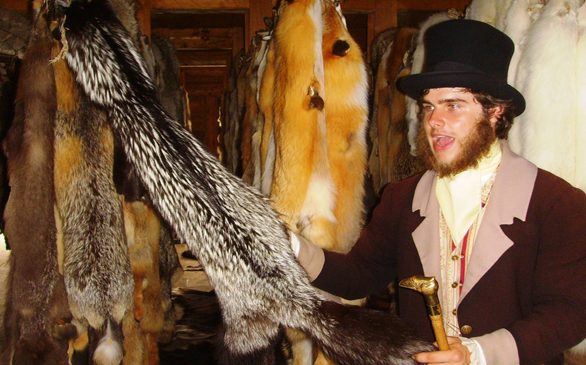 Have you ever fired a cannon? I’m not talking about the armament our modern military uses; I’m talking about the big old-fashioned artillery piece capable of launching a solid iron cannonball at an enemy hundreds of yards away. Probably the thought has never even crossed your mind. But if the opportunity arose to fire one of these bad boys, would you be interested? There’s a place in Ontario, Canada where you can do just that, and it’s just one of many things that’ll make your visit to the area a “superior” trip.

One of the most popular road trips in the upper Midwest is the circumnavigation of Lake Superior, a trip that takes you through parts of Michigan, Wisconsin, Minnesota and Ontario. And while there’s plenty to do on the American portion of the trip, some very unique and fun things await in Ontario on the north side of the Great Lake.

If you enter Canada from Minnesota then you’re driving around the lake clockwise, heading from Thunder Bay in the west to Sault Ste. Marie in the east, a distance of about 450 miles without side trips. One of Canada’s Top 10 attractions, Fort William Historical Park (fwhp.ca), is located in Thunder Bay. Plan on spending the better part of a day at this rustic recreation of life in the 1800’s when Fort William was at the center of the burgeoning fur trade.

Like at a Renaissance Faire, the inhabitants of the fort stay in character and you can visit with the doctor and see the humble tools of his trade such as primitive surgical instruments and dozens of jars full of potions, medicines and cure-alls used at the time. Watch the blacksmith get arrested (you’ll find out why…), dance with the inhabitants to traditional music or stop at Boucher’s Tavern to play a simple game of chance.

See authentic birch bark canoes being made and then later take a ride in one on the Kaministiquia River, explore the First People’s (native Canadians) village and sample the food they’re preparing, try your hand at axe throwing and of course learn all about the fur trade. The fur warehouse, or “fur stores,” has hundreds of pelts hanging and you can touch them all; this may be your only opportunity ever to feel what the fur of the rare wolverine feels like. If you’re feeling bold and strong, try hefting one of the parcels of furs onto your back, to carry it as the furriers of old did. After you struggle with one, you’ll find out that you’re supposed to carry three at once!

Fort William is also the place to satisfy your hankering to fire a cannon. The noisy guns are fired everyday at 2 p.m. as part of the reenactment of the welcoming ceremony for a newly arrived brigade, and if you just want to hear the boom and see the smoke then make sure to be at the riverside wharf at 2 p.m. But if you want to fire one (without a cannonball) then you can take a two-hour class and learn all about cannons and flintlock rifles. When you tell your friends you had a blast at the fort you’ll be speaking literally!

Other Thunder Bay-area attractions include Kakabeka Falls (Ontario’s second highest waterfall) and numerous amethyst mines where you can see huge chunks of the purple crystals and “rockhound” on your own if you want.

As you head out towards Sault Ste. Marie, Lake Superior will be to your right, sometimes at a distance and sometimes just off the highway and you’ll have hundreds of miles of shoreline along the way, so pick your spot to enjoy the cool water. Back on the highway, watch for deer and bear and smaller critters as you drive through a beautiful and seemingly endless wilderness.

Attractions in Sault Ste. Marie include the Bush Plane Museum – you’ve heard of Ice Road Truckers, right? Well here at the museum you can see the planes that go where the trucks can’t. And by all means, if you have time, take the scenic Algoma Central Railway train ride to Agawa Canyon. The round-trip excursion is a full 10 hours and takes you through part of Ontario that is not accessible by car.

Travel
Want a camping reservation in California? Try this
130 views

Travel
Fast forward to summer with these beachy adventures
97 views

Travel
If it’s Tuesday, this must be Berkeley: My family’s weird COVID-era college tour
142 views