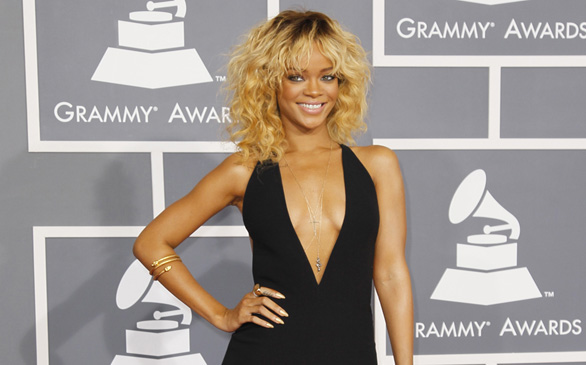 Brother Liam beat him to the post-Oasis punch with the release of the Beady Eye record earlier this year, but not to be outdone Noel Gallagher says he has two albums ready to go. The first album just uses the band’s name as its title; Noel Gallagher’s High Flying Birds is scheduled to drop on Nov. 8 on Noel’s own Sour Mash label. No dates have been announced yet, but Gallagher plans to take the Birds on the road after the release of the eponymous album and then put the second (as yet untitled) album out in 2012. The album, featuring London’s in-demand Crouch End Festival Chorus, represents the first new music from Noel Gallagher in three years.

The latest single from L.A.-based rapper Glasses Malone is called “Rich N Thuggin’,” and Malone, while getting to the rich part, surely already knows about the thuggin’. Malone grew up between the crime-ridden neighborhoods of Watts and Compton where his family was involved in the drug trade and his mom went away for a 20-year stretch in the joint.

Ultimately Glasses turned away from his life as a member of the 7th Street Watts Crips to pursue a music career, and over the past five years or so he’s sold tens of thousands of “street” albums. Now Cash Money Records is releasing his official debut album, Beach Cruiser.

“It represents the West Coast; slow, steady classic-ness,” says Glasses, referring to beach cruiser bicycles. “That’s how I want my music to be: just as timeless as a beach cruiser.”

The Stripminers will be releasing a collector’s seven-inch featuring the songs “Movies,” “Poison in the Paint” and “You Make Dyin’ Fun” on the Suckerpunch label on Aug. 30. The L.A. alt-punk band came about when Brett Anderson of the Donnas and Paul Stinson of the Radishes began collaborating just for fun on what they thought was just a one-off project. The pair soon recruited DJ Bonebrake of X, Holland Greco, Brett Simons and producer/performer Scrote, and then they had a full-blown band on their hands.

To celebrate the release of the wax the Stripminers will play a set of fan favorites at the Sunset Junction Music Festival & Street Fair in Silver Lake on Aug. 27. A special limited (only 100 copies) Sunset Junction version of the record will be available at the show.

The Horrible Crowes, fronted by the Gaslight Anthem’s Brian Fallon and longtime friend Ian Perkins, will perform their first live shows in September, including the unveiling of their debut album Elsie in its entirety at a show at the Troubadour on the 14th.

“With the Horrible Crowes it’s more of a theater vibe,” Fallon explains of the difference between his new band and the Gaslight Anthem. “It’s something to be digested, not something to shock you into excitement like a big rock and roll show. I would almost look at it more as if you were going to the theater to see a show for the evening.”

Gaslight Anthem guitarist Alex Rosamilia will sit in on keyboards for the night.

What you need to know about FIDLAR: Hailing from Los Angeles, the band is made up of Zac, Elvis, Brandon, Ryan and Max. They started playing together in 2009 and after a year of leaking their demos with “found footage” music videos that glorified teenage breasts, shaking asses, smoking meth, shooting guns and the entire opening credits of Top Secret, FIDLAR have finally released their first seven-inch EP, fittingly titled DIYDUI.

There are four songs totaling about nine minutes of music on the collectible vinyl that comes to you via White Iris Records. You can watch the video for “Max Can’t Surf,” one of the EP’s songs, on YouTube. And yes, FIDLAR is in all caps for a reason – it’s an acronym. Fuck It Dog, Life’s A Risk! Now you know.