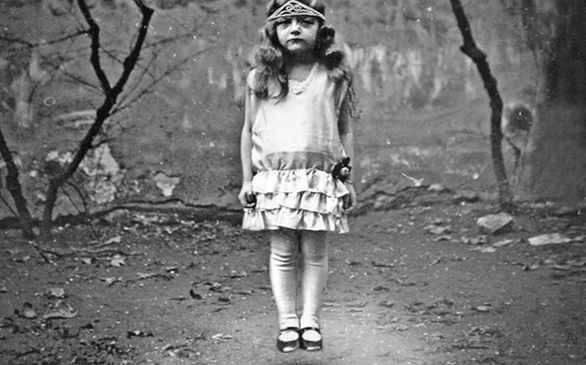 With autumn and all of its obligations beckoning, why not read something just for you before it’s too late?

Another one of those books that lets you live vicariously on a farm (an ever-expanding genre), The Bucolic Plague centers on two New Yorkers who leave their buttoned up existences for the wilds of upstate. The fish-out-of-water stories abound in ways both funny and entertaining.

The scene of many a destination wedding, Sonoma County, with its wine, agriculture and bucolic landscape captures the imagination of the romantic. Jonah Raskin’s Field Days explores the origins of the infatuation and explains why this region gets so much glory.

Travel writer Mark Adams’ new book, Turn Right at Machu Picchu, explores the territory (literally and figuratively) walked by the infamous Hiram Bingham III. Entertaining and informative, this read is nearly as good as going on your own exotic vacation.

Kevin Wilson, author of the fantastic, slightly surreal story collection Tunneling to the Center of the Earth, makes his assured novel debut with The Family Fang, a tragicomic familial saga.

Combining contemporary New Orleans with a waning marriage proves a recipe for success in Robert Olen Butler’s A Small Hotel. Spanning 20 years, this novel goes back and forth in time to examine the intricacies and singularities of Michael and Kelly Hays’ unique relationship.

In What Alice Forgot, Liane Moriarty ingeniously uses amnesia as a way to explore memory, expectations and life passages. When the eponymous Alice has an accident and forgets 10 years of her life, she is forced to take stock of the woman she has become.

One of the summer’s best films, Beginners, featured director Mike Mills’ terrific drawings. Now collected in book form, the aptly titled Drawings From the Film Beginners by Mike Mills will easily win you the girl/boy of your dreams.

Not only a great cookbook but also a terrific guide on sustainable fish, Barton Seaver’s For Cod and Country informs on two levels. It doesn’t hurt that mouthwatering dishes, such as Roasted Trout with Lime-Dill Butter and Roasted Potatoes, take the sting out of harsh truths, like no more Chilean sea bass allowed.

With the phenomenon of Farmers’ Markets growing exponentially, it should come as no surprise that cookbooks preaching the glory of fresh produce are on the rise as well. One of the best, Laurent Tourondel’s Fresh From the Market, inspires and encourages would-be chefs with recipes as simple as Red Apple and Bourbon Fizz and as complex as Aromatic Stuffed Suckling Pig. Yum.

A huge proponent of “less-meat-atarianism,” Mark Bittman proposes we all eat what we like, but just a little more responsibly. His cookbook, How to Cook Everything Vegetarian, provides just the tools to eat your vegetables and like it.

Combining the best of great storytelling with a historical context, Bobbie Ann Mason’s The Girl in the Blue Beret, weaves a tale of love and mystery. Set in both World War II France and then the ’80s, an American soldier finds his memory and nostalgia running smack into reality.

When one of The New Yorker’s editors pens a book, I’m the first to take notice, and Dorothy Wickenden’s Nothing Daunted exceeds my expectations. Based on the author’s grandmother’s letters, this true story recounts the journey of two city girls, inspired and brave enough to travel out west to become teachers in a time where nothing much was expected of them.

For those enthralled by the likes of naturalist Jane Goodall, comes Among African Apes. Full of true stories from the field and beautiful photos, this book, edited by Martha M. Robbins and Christophe Boesch, provides a front row seat to the jungle.

Luke Rhinehart’s The Dice Man is a comic and almost disturbing tale of a disaffected family man who decides to put his life in the hands of a pair of dice. Pleased with the results, Rhinehart (the author and main character share a name) proselytizes like a true believer.

New to paperback, Stephen McCauley’s Jane Austen-y Insignificant Others charms from start to finish. I don’t know how he does it, but after time spent reading McCauley, I feel spoiled for anyone else.

Perfect for a day at the beach, J. Courtney Sullivan’s Maine, keeps the pages turning. Exploring three generations of women, together on an ostensible vacation, the secrets and dysfunction get unpeeled like an onion. Riveting.

Reminiscent of Sex and the City, One Flight Up follows four friends romancing their way through Manhattan. Susan Fales-Hill’s witty dialog and irresistible eye for detail hold your attention.

For all the newly minted royal watchers out there (thank you, Kate and William) try dipping into Jerramy Sage Fine’s Someday My Prince Will Come. These “true adventures of a wannabe princess” take the author all the way to London in search of her destiny.

At a loss for a family outing idea? Fun and Educational Places to go with Kids and Adults offers 2,500 fantastic journeys in Southern California. No more excuses for staying home!

Before school starts and steals all your concentration thunder, why not read Jason Felch and Ralph Frammolino’s Chasing Aphrodite? This fascinating look at the Getty Museum’s questionable antiquities acquisitions reads like an art-world thriller.

Originally published as 12 volumes, James George Frazer’s The Golden Bough got considerably shorter after an abridgement by the author in 1922. Oxford University Press’ new edition reintegrates some integral parts regarding Christianity without making you read through a dozen texts.

An issue since the 1700s in America, immigration has been an especially hot button as of late. Rallying for Immigrant Rights, edited by Kim Voss and Irene Bloemraad, collects essays about this sensitive and divisive topic.

Nancy L. Segal’s fascinating Someone Else’s Twin delves into the unbelievable but true tales of babies switched at birth. Questions of identity and self that plague us all get explored like never before in this well-researched and thoughtful book.

The levitating child on the cover of novelist Ransom Riggs’ Miss Peregrine’s Home for Peculiar Children practically dares you to defy its charms. Like the films Pan’s Labyrinth or The Others, this ghost story of a mysterious orphanage full of magical beings will keep you reading into the night.

Up Close and Personal

Tolstoy’s famous quote, “All happy families resemble one another, each unhappy family is unhappy in its own way,” holds true in Kate Christensen’s The Astral. This novel explores a crumbling family torn asunder by religion, sexuality, infidelity and ennui with terrific flair and voluble insight.

In spite of a lifetime of hard knocks and spectacular screw-ups, Tatum O’Neal remains uniquely endearing. Her latest memoir, Found, focuses on her long road to recovery and hopefully at long last, inner contentment.

Some writers seem to effortlessly tell stories, and Jim Beaver fits neatly into that category. Life’s That Way, his memoir of struggling with not one but two of life’s heartbreaks makes the unimaginable imaginable with true grace and deft insight.

For memoir-aholics like me, Making Toast offers up all the truth, wit, tears and insight I crave. In the heartbreaking story by Roger Rosenblatt, a grandfather is forced to step into the nurturing role of parent when his daughter dies, leaving behind three young children.

Not a memoir but inspired by the lives of his grandparents, Stefan Merrill Block’s The Storm at the Door both disturbs and entrances. With a Sisyphean love story as the backdrop to a family’s struggles, this story inspires from start to finish.