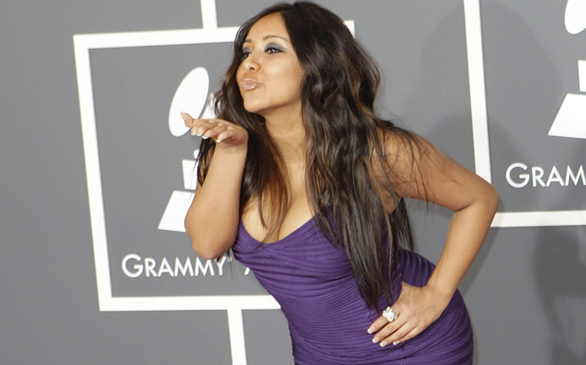 MTV, which used to stand for Music Television but now stands for whatever combination of youth-oriented programming the network is airing at the time, turned 30 on Aug. 1. There are grown people who will not remember a world without it, who will not recall Madonna and Bowie and Boy George exhorting them to demand “I want my MTV,” a line that Dire Straits’ Mark Knopfler later put into a song about hating rock stars.

Thirty, according to an aphorism from a youth-oriented decade even older than MTV, was the age beyond which someone was not to be trusted. But the network decided never to grow up; it remakes itself to reflect the changing times, which means that it is continually liable to alienate one audience as it courts the next. As early generations of viewers rumble into middle age, it has become possible to use the phrase, “This is not your father’s MTV” without irony.

When MTV was all music, all the time – even when it was mostly music, most of the time – change was built into the system: as music went, so went the network. If it was a little tone-deaf to start, with its Up With People “veejays” and rejection of black and harder-edged music, this improved with specialty shows like “120 Minutes,” “Headbangers’ Ball” and “Yo! MTV Raps,” and more so as the specialties became the mainstream.

The network could look revolutionary or like a corporate co-opting of revolution, depending on where you stood, musically, and what videos they were playing that day. But at its best it offered a catholic mix of styles and stances, from the purest factory pop to the almost avant-garde – the spandex and the flannel, the puffy pants and the big gold chains, the mullets, fades, shaved heads and hippie hair, high fashion and anti-fashion.

It is largely out of the music business now – videos have been herded into the hours many channels reserve for infomercials – and the music business isn’t what it was when MTV was born. The decentralization of production and distribution of pop, to which the Internet responds impeccably, would have made the network less necessary in any case. But it retains, if only as background, its music-based cachet, and remains a complicated of mix of art and commerce, exploitation and public service, a tension that will remain as long as it stays in the business – even partially – of selling adult imagery to kids. (The network estimates its viewership runs from 12 to 34.)

There are unresolvable arguments to be had about early-period Britney jail bait videos or “The Hard Times of RJ Berger,” the big-penis comedy that spearheaded the network’s current move toward scripted fare, arguments that may do no more than make you show your age. But the network also does well by its younger viewers. Just as animated “Daria” provided a heroine for the young and disaffected back around the turn of this century, teenage documentary series like “Made,” “True Life” and “I Used to Be Fat” – even “16 and Pregnant” and “Teen Mom,” for all their Jerry Springer potential – respect their subjects. (Viacom’s nastier reality shows mostly roost at VH1, MTV’s older-skewing sister station.) Measured and unhurried, they’re a model of what reality programming should be, prompting you to think twice about people you might easily dismiss, the rich and privileged as much as the poor and floundering.

Even the easily maligned “Jersey Shore,” which began as a sort of parody of the network’s “The Real World,” featuring people who would never be cast on “The Real World” in a place “The Real World” would never send them, has something of this quality. To be sure, there’s something slightly off in the way the show packages blind drunkenness and impaired judgment as entertainment. Yet it doesn’t quite demean its cast; they do grapple continually with the meaning and consequence of their actions. (They don’t necessarily learn, but they grapple.) And they love life.

To a great extent, the network that created the branded network has de-branded itself; there was a time when you could be sure in an instant that you were watching MTV. Now it is harder to tell.

At the height of its cultural domination, it provided an integrated experience – from the videos, to the often brilliant promotional spots, to the dance parties and news bulletins. It was not just a network, but a place – a place you could actually go to, if you got yourself onto “Club MTV” or down to Times Square when “Total Request Live” was in session or down to Florida for spring break. That community, and the real joyousness that attended it, is no longer a service the network provides, and that’s a shame.

Snooki may be pulling in the numbers, but will you remember her fondly when you’re old?