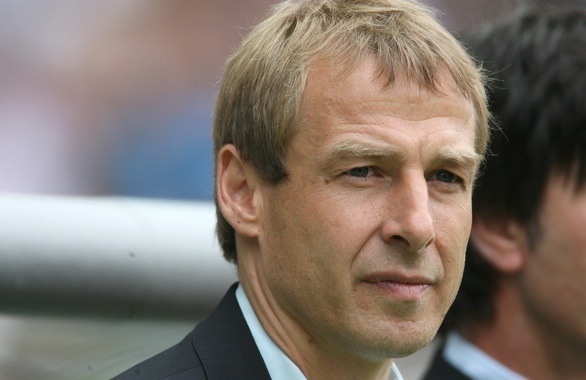 “There are many areas where we can improve,” Klinsmann says via various media outlets. “But they really deserve the compliments tonight.”

Mexico came out with a certain drive against the United States, and it proved to be overpowering in the first half as the visiting squad captured a 1-0 lead in the 17th minute of play. Off a short corner kick from Andrés Guardado, who eventually penetrated a pass into the box, Oribe Peralta somehow managed to foot-tip the ball with Michael Bradley tightly defending him and passing goalkeeper Tim Howard.

For the first few minutes of the match, the U.S. team showed a lack of strategy in several areas. Arguably the most prominent player and athlete on the squad, midfielder Landon Donovan, acknowledged it.

“There was no time to do anything tactically this week,” Donovan states after the affair. “For the first 30 minutes, we were just trying to figure things out.”

The United States carried a three-game losing streak against the Mexicans, but that ended once the tie and eventual last whistle blew. Klinsmann made several substitutions throughout the second half but none at halftime. Tactically, that showed to be vital for the progression the U.S. produced on the pitch for the second 45 minutes.

One of the players who only saw action in the second period is Robbie Rogers, who scored on a tap-in in the 73rd minute to knot the score at one all. Newcomer Brek Shea facilitated the goal for Rogers after he carried the leather through multiple Mexican defenders. Eventually before reaching the end line, Shea delivered a perfectly well placed pass to the goalkeeper box of Guillermo Ochoa. Rogers then simply tapped in the ball for his score.

After the game in a television interview with ESPN, the charismatic Klinsmann gave a joyful live interview with smiles, a lot of hope and realistic views for the U.S. soccer community. He stated he had a lot of fun coaching in his debut, which featured an emotional goal celebration when his team and Rogers tallied the score.

And that they did, but only in the second half. This is what concerned most viewers, critics and perhaps the rest of the soccer supporters. However, we have to keep in mind that although several veteran and talented players were named to the roster, most of it was filled with new faces.

“One of the goals of the roster for this game and moving forward is to create competition at each position,” Klinsmann said at the time of naming the roster for the pivotal, but friendly contest. “There are many players who are established as well as many players who will get opportunities, and we want there to be a healthy contest for spots on the roster. We will get a good look at where each player is as quickly as we can during the short time in camp, and we will finish with an exciting game against Mexico.”

Without a doubt, Klinsmann will improve the image of U.S. soccer for the long run. He will qualify them for the upcoming 2014 World Cup to be held in the beautiful South America nation of Brazil. Most importantly, however, he will motivate the entire nation and his players to produce the often professionally unreachable goal: to have fun on the pitch while winning games.

“It was an amazing learning process that the players went through in just 90 minutes,” Klinsmann remarks. “Slowly, we gave them the task to move, step by step, more forward and get more confidence the longer they are in the game and put Mexico under pressure.”