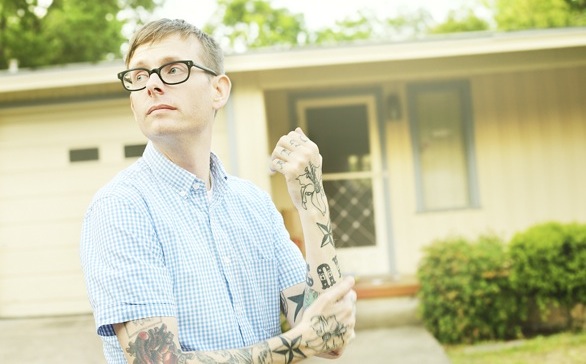 Marc Bianchi has been making music under the moniker Her Space Holiday since 1996 and has just released a self-titled effort as his last album for the musical project. The collection of 10 tracks features guests, such as Ola Podrida’s Dave Wingo, Indian Summer’s Eyad Kaileh and Mice Parade’s Caroline Lufkin. The result of his final efforts for Her Space Holiday is a little more than a half-hour long of indietronic folk goodness that doesn’t fall shy of the catchiness of pop and the instrumental substance of an orchestra (albeit lighter and more fun).

It’s hard to imagine that Her Space Holiday has been making music for 15 years, because the melody and lyrics can easily be mistaken for a hot new band on the verge of indie film and Apple commercial fame. With titles like “Anything for Progress,” “Death of a Writer” and “In the Time It Takes for the Lights to Change,” it is apparent, however, that the album has a theme of conclusion, exuding a simultaneously dark and optimistic sound perfect for a last hurrah.

Although the idea of a farewell album is a little sullen, the music that Bianchi has produced proves that it may not exactly be so sad. Even though it may not be from the same band name, the album will certainly leave fans asking more of this musical talent.


Her Space Holiday is currently available.
Article posted on 8/17/2011
This article has been viewed 1503 times.