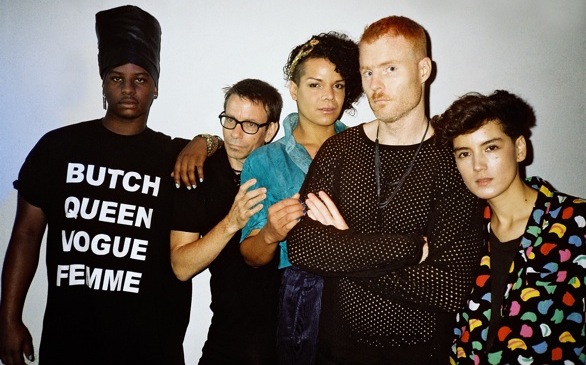 (Credit: Jimmy Edgar)
It was 1975 and indulging in utter mayhem at infamous New York City nightclub Studio 54 was as common as doing the hustle in platforms. But just as the celebrity hot spot ultimately proved with its closing in 1980, all must come to an end. Therefore, it should be of no surprise that neo-disco group Hercules & Love Affair fails to impress with their second album, Blue Songs, an unfortunate let-down for fans.

Gone are the wildly addicting retro melodies certain to ignite Saturday night fever, only to be replaced with a collection of forgettable tracks that sounds like a homage to a bad ’70s sitcom. Perhaps it has to do with the departure of Antony Hegarty and Nomi Ruiz, two prized vocalists known for perfecting the dominant, sensual melodies associated with the appropriately named Hercules & Love Affair.

Regardless, Blue Songs sounds far too dated for curious listeners to appreciate. Singles, like “Visitor” and “Painted Eyes” stand out for featuring underrated ’80s house to instantly make you sweat, along with gyrating beats that are perfect to break the ice with anyone on the floor.

Sadly, Blue Songs offers little achievements to make it worth keeping on heavy rotation. Hercules & Love Affair must learn to realize which nostalgic trends are worth keeping and abandoning – for good.


Blue Songs is currently available.
Article posted on 8/17/2011
This article has been viewed 1763 times.