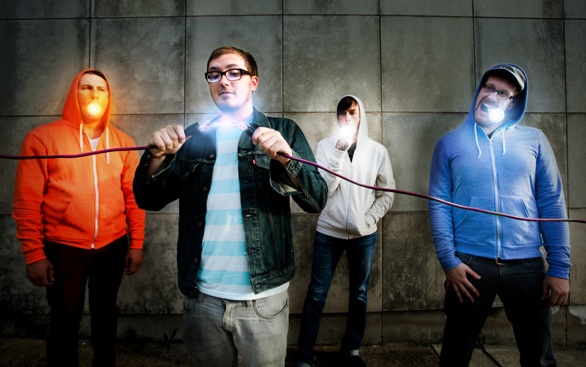 (Credit: Andrea Behrends)
Kyle Andrews is one of those artists who are able to retain their indie cred while producing commercially successful music, which, in his case is quite literal. We know him from tracks like his 2010 song, “You Always Make Me Smile,” made popular by a Holiday Inn ad, and “Bombs Away,” which provided the background for a Doritos commercial. The music video for the first was shot during an attempt to top the Guinness World Record for the biggest water balloon fight, a YouTube hit that became a viral sensation.

Five years after his first album, the Chicago-born singer-songwriter releases another collection of catchy tracks under the album title Robot Learn Love. Combining pop alternative and electro indie, Andrews’ latest effort boasts an engaging medley of danceable beats, hard-hitting, raspy vocals and fierce electric guitars. The name Robot Learn Love could not have been more fitting, as the album does seem suitable as a soundtrack for a futuristic android love affair: something cold and mechanical warming up with unexpected emotions.

Although it is in keeping with the upbeat nature of his young musical history, Robot Learn Love departs from his past with more substantive lyrics than “I like your messy hair/ I like the clothes you wear/ I like the way you sing.” In the first track, the most notable of the 10, for instance, the singer begs to be made to feel human. The more complex feeling of his latest project definitely makes it an improvement from his past hits and deserves acclaim from both old and new fans.


Robot Learn Love is currently available.
Article posted on 8/17/2011
This article has been viewed 1319 times.