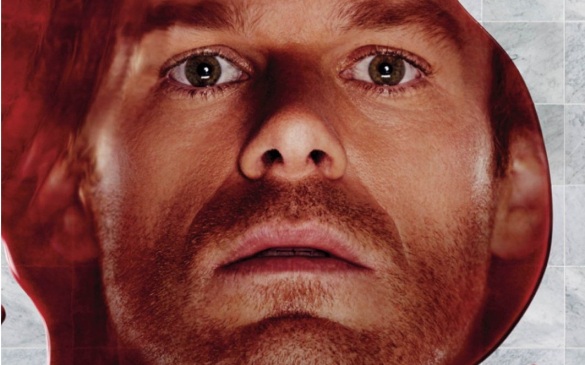 The Idiotbox: The noose begins to tighten around the neck of America’s favorite serial killer in Dexter: The Fifth Season. Dealing with the guilt from the death of his wife, single father Dexter’s secret hobby is discovered by a victimized woman (new cast member Julia Stiles) who wishes to employ his talents. Meanwhile, Dexter becomes a possible suspect for Miami PD.

The Majors: Ginnifer Goodwin (“Big Love”) falls for her best friend’s fiancé in the romantic comedy Something Borrowed. Kate Hudson and John Krasinski co-star. Mia Wasikowska (Alice in Wonderland) stars in a beautiful new adaptation of Charlotte Brontë’s classic romance Jane Eyre. A young governess falls for her brooding employer (Michael Fassbender) only to discover he holds a dark secret. Judi Dench and Jamie Bell co-star under the direction of Cary Fukunaga (Sin Nombre). Set in a post-apocalyptic future ravaged by a human/vampire war, Priest stars Paul Bettany as a warrior priest who breaks from the powerful church in a quest to rescue his kidnapped niece. Robert Redford directs The Conspirator, the true story of the aftermath surrounding President Lincoln’s assassination. James McAvoy stars as the lawyer defending the lone female conspirator (Robin Wright), whom he comes to believe is innocent. Kevin Kline, Tom Wilkinson and Evan Rachael Wood co-star.

Made in Japan: One of the best anime series in recent memory comes to a close with Fullmetal Alchemist: Brotherhood, Part 5 as mortals and monsters wage war.

Blu Notes: The Coen brothers’ psychedelic send-up of noir films casts the Dude (Jeff Bridges), a middle-aged hippy still clinging to the lifestyle, as a hapless P.I. in the biggest cult hit of the ’90s, The Big Lebowski. The Blu-ray release features a 28-page booklet with an interview with the real-life Dude, a look at Lebowski Fest and more. John Candy and Eugene Levy are bumbling security guards in the Harold Ramis-penned ’80s comedy Armed and Dangerous co-starring Meg Ryan.

Also available: Jessica Lange and Gwenyth Paltrow in the thriller Hush, Vivica A. Fox in the rom-com Two Can Play That Game

The Horror! The Horror! Horror legend John Carpenter returns to directing with The Ward, about a patient in a haunted mental institution. Amber Heard (Drive Angry) stars. While on a road trip through the Australian Outback, a young pregnant woman wakes to find herself in a tub of ice and her baby surgically removed from her womb in The Clinic. She soon finds she is not alone.

In Toon: Taking its cue from Shrek’s pop culture referencing approach to fairy tale parody, Hoodwinked Too! Hood vs. Evil finds Red teaming with the Big Bad Wolf and Granny to rescue Hansel and Gretel from the clutches of an evil witch. An all-star voice cast includes Hayden Panettiere, Glenn Close and Amy Poehler.

Under the Radar: Ryan Phillipe stars as a war photographer in The Bang Bang Club. Based on the memoir by Greg Marinovich and João Silva, this thrilling drama follows four photographers as they document post-Apartheid chaos in South Africa. A cop who lost his faith along with his son attempts to piece his life back together with the help of his new partner in the life-affirming drama The Grace Card.