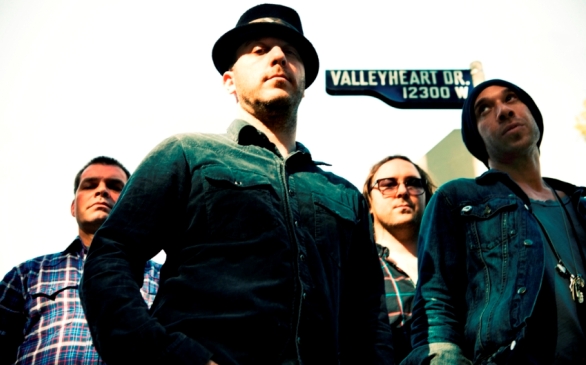 Getting excited for the Sunset Strip Music Festival shouldn't be a challenge for anyone. Personally, I’ll be spending hours of the weekend of music at one of my favorite places in Los Angeles, the Sunset Strip. Talking to the bands that will be performing and the guys that will take over the show was the best way I could have asked to gear up for the show.

I first spoke with Mötley Crüe’s Nikki Sixx a couple months ago, and he was thrilled with the chance to get back to the strip and “play a show with a couple amps and drums on the floor, raw like we are in rehearsal.” We’ll have to wait and see what kind of set they come up with on Aug. 20.

With acts ranging from Matt & Kim and Public Enemy to Bush and fantastic up-and-coming local bands, there will be music for all tastes.

One such band who will be playing SSMF is Kill the Complex (Aug. 18 at the Roxy). By the end of my interview with Kill the Complex vocalist Dann Saxton and guitarist Gabriel Heredia, I had met some of their family and friends, who for good reason were coming up to say how much they loved their performance that just ended.

The band had just played a rare and beautiful acoustic set. While the acoustic set was well received by audience members and KROQ DJs who came out to the show, it was unlike their usual performances – what we should expect at SSMF. Saxton, taking a break from greeting friends at the venue was pleased with the acoustic set.

“Who knows, maybe there’s a tour in it like this, but all these songs were written plugged in rocking out. At the Sunset Strip fest, we’re playing full on, which is normally what we do,” he says. Lady Sinatra is another group who will play the festival (Aug. 19 at the Viper Room). The band, after working together for years and recording in notorious studios, is now playing in support of their upcoming record, We’re Not Happy Till Yer Not Happy, due out later this year.

The band – Gabe De Castro, Nic Nifoussi, Steven Friedlander and Joseph Holiday – has been performing together for years, and even a broken down van will not stop their show from going on. The band's four members are known for their energetic and off-the-wall performances, and I am sure their Music Festival set will not disappoint.

Another band out to wow the crowd, Cobra Starship, will be playing on the Outdoor Stage Aug. 20. Their latest album, Night Shades, will be available Aug. 30.

The band seems quite confident of the new effort and deservedly so.

“We actually kinda nailed it on this one, as far as the flow," says bassist Alex Suarez.

For the album, the band members worked and recorded in their own homes. But that didn’t keep them from continuing to reach out to fans.

“We rented a cabin in the woods and set up a webcam so there was interaction with the fans,” he says.

When you come out to the show, all they ask is that everyone "have a good time and don’t take yourself too seriously. I mean, we don't," says Suarez.

For a fun and upbeat time, their set will be a stop for everyone to make.

Coming off the recent release of Valleyheart, the response for She Wants Revenge has been overwhelming.

“It’s been really great reception to the new record and the new single, ‘Must Be the One,’ which was more poppy," says vocalist Justin Warfield. “Any fears that it was going to be too poppy were put to rest, and I also think they were pretty happy that we didn’t just repeat ourselves. On this record we did push ourselves into something we hadn’t really done before.”

For She Wants Revenge, the sound and writing process are anything but common.

“I think it comes from two guys that came from making hip-hop,” comments Warfield, who is looking forward to the upcoming festival. “L.A. shows are always the best, you know, ’cause it’s home. The Roxy has a ton of history, we just played our record release party there.”

She Wants Revenge performs on the Outdoor Stage Aug. 20, and I hope to see all of your smiling faces at the shows on the strip.