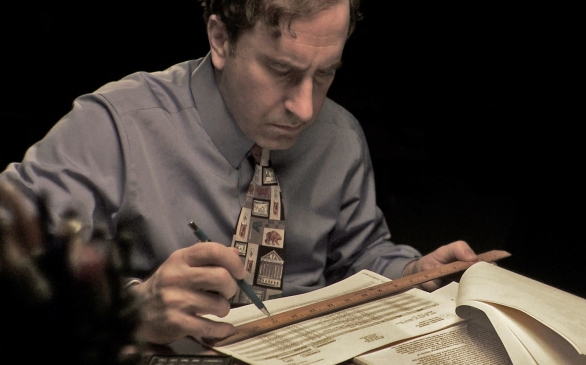 Answering questions to the world’s biggest financial mystery, Chasing Madoff provides an intimate portrait into the shaded area, which was the hunt for the world’s biggest con artist Bernard Madoff. Chasing Madoff is surprisingly fun and entertaining and its cinematography gives it the appeal of an action suspense film not your common documentary.

Told through the narration of Harry Markopolos, who truly shines as a storytelling superstar as we see him go from investment manager to gun-toting financial whistleblower. Chasing Madoff includes interviews with Markopolos and fellow investigators Frank Casey, Neil Chelo, Michael Ocrant and Gaytri Kachroo over how they pursued and exposed Madoff and his elaborate Ponzi scheme for bilking investors out of $18 to $50 billion (The number will always remain a mystery.).

Chasing Madoff tells the story of Markopolos who started his career as an investment analyst and stumbled onto the biggest financial Ponzi scheme in history, when he started to notice the numbers of one financial options manager always continued to steadily rise within the rollercoaster world of finance. Markopolos took it upon himself to warn the SEC of the mysteriously large numbers of this one options manager, Madoff, who was one of the biggest money managers in the world, handling hundreds of the world’s most wealthy financial institutions.

Markopolos graphically details his uphill fight to take down one of the most powerful people in the world. Markopolos risked everything for the truth, only to be ignored for nearly a decade.

Through Markopolos’ fight he would create many enemies, the biggest being Madoff. Markopolos also had to worry about his family’s safety; his fear would serve as graphic entertainment for audiences. Markopolos has a knack to make you laugh and feel engulfed in his stories of making his home into a lock-down zone and his wife standing with a riffle ready to take down any SEC personnel trying to steal Markopolos’ paperwork. Facing personal risks and fighting against overwhelming obstacles, this is a great story of a lone man who stood up for what he believes in.

Even in a time of great doubt Markopolos stood true to his beliefs. Now thanks to Markopolos there will be change brought to the corrupt world of finance.

Director and producer Jeff Proserman details Markopolos’ amazing journey with poise. Though I wasn’t as shocked and appalled then when I saw other films detailing the rampant corruption of financial banking institutions, I was titillated and amused by the suspense filled Chasing Madoff, and you will be too.