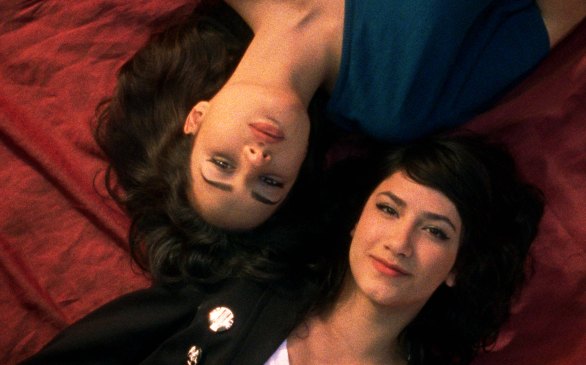 The runaway hit of the Sundance Film Festival was Iranian film Circumstance, which won the Audience Award. I entered the theater with much enthusiasm and heavy anticipation to sit and watch this extremely unique coming-of-age story about two young girls, Atafeh and the orphaned Shireen.

The characters were played strongly by newcomers Nikohl Boosheri and Sarah Kazemy who have a definite future in cinema.

Atafeh and Shireen are two friends from two completely different backgrounds but share in common the disdain and angst growing up in the extremely religious and strict country of Iran, all the while holding on to their dreams of being free and having a fun lifestyle as they have seen in television and movies about America.

Atafeh is growing up in an extremely wealthy and powerful family, while Shireen is growing up in a moderate household being raised by her adoptive uncle who has one dream: seeing his niece get married. Atafeh and Shireen’s unusual friendship is unclear at first. As the film goes on there is some clarity, and we see that theirs is not just a friendship, but something more. Atafeh and Shireen must keep their relationship a secret. Through the entire film you know someone is spying in on the girls and you really don't know the ultimate purpose.

Atafeh’s and Shireen’s lives get turned upside down when Atafeh’s brother, Mehran (played creakingly by Rezo Sixo Safai), returns from drug rehab and has a second coming in the strict religious community of Iran. He feels he owes his life to Allah and his country and will do anything to protect it, even if he must turn on his family and friends.

Atafeh and Shireen contemplate leaving the pious city of Tehran for the more lenient Dubai and as they make plans to leave the morality behind, police bust the girls and their safety is jeopardized. Suddenly, the girls must make choices or face dire consequences.

Circumstance has a plot and theme that made it a hit for the Sundance and indie crowd. For some reason, for me, it doesn’t translate on screen. I felt like I was wanting or waiting for something more. I couldn’t quite figure out what it was; I was just left feeling empty at the end.

Circumstance compared to other indie coming-of-age classics such as Better Luck Tomorrow, Maria Full of Grace or The Virgin Suicides doesn’t measure up. It does, however, show a seemingly accurate picture in the controversial Iranian society and will educate American audiences to the angst facing people in the country. The cast was superb, and the two leads were quite strong and graceful.