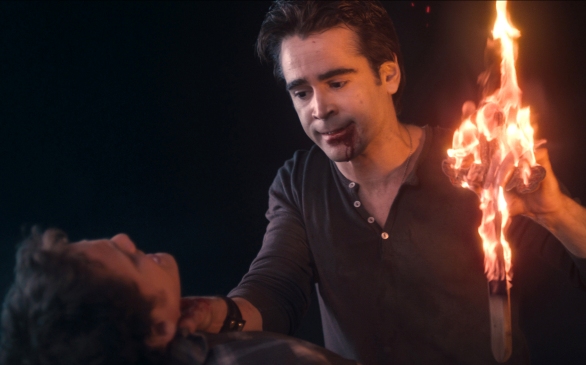 Fright Night is just one of the many recent USC School of Cinematic Arts screenings.
(Credit: DreamWorks II)

“Shhh … quiet please the movie is on.” That’s what most students at USC say to each other while getting an exclusive look at films that haven’t even hit the theaters yet. Free movie screenings are one of the many luxuries USC students get to experience, thanks to the School of Cinematic Arts.

The School of Cinematic Arts hosts events screening movies for USC students to attend. Events are open to all students regardless of majors; meaning even if you’re an economics major, you can still enjoy a free movie with your friends.

“I think it’s awesome that they invite any student involved in USC without being a cinematic major to come,” says Susan Deng, a junior at USC studying broadcast journalism. “You have to be a USC student, but your guest doesn’t. So I take my friends all the time.” Most recently USC screened The Help, starring Emma Stone, which premiered earlier this month, as well as the recently releases horror film Fright Night, starring Colin Farrell.

“I think it’s really cool that they’re remaking Fright Night. It’s a classic movie, and I’m happy that I get to get a first look at a horror classic,” says Joel Garrison, a junior at USC. The films are screened at USC Norris Cinema Theatre and Frank Sinatra Hall next to the Annenberg School of Communication and Journalism. Students show their school ID in order to get access and can sometimes even bring non-USC student guests to the screening.

“I saw a screening of Toy Story 3 before it came out in theaters, and it was awesome,” says Josh Anderson, a sophomore at USC. “I got an exclusive look before anyone else.”

“The School of Cinematic Arts is everything I want, plus seeing movies for free is only icing on the cake,” says Jessica Morales, a student majoring in cinema and theater.

Students such as myself have attended these events more than once. A good thing about these events is that there is no limit to how many times one can go. It’s a fun event that one can attend with their friends and even fellow classmates.

“I have attended four times, [I’ve seen] Friends with Benefits, Cowboys and Aliens, Oceans and The Help. I definitely recommend people to go; it’s a good size theater, and it’s a free movie,” says Deng. “So far my favorite film has been Friends with Benefits. It was so good.”

All students have to do is RSVP on the school’s Web site to attend. Some even post these events on Facebook inviting people to attend as well. The school promotes its events through flyers, Twitter, Facebook and word of mouth. These screenings are good for students who live far from home and don’t have ways to get around the city.

It’s a new experience that some students at USC never know about, so this is a chance to spread the word. Even if movies aren’t your thing you can learn more about the programs offered at the school.

Next month they will also host a SCA Graduate Online Information Session, where they will talk about overviews of the school, programs and facilities, the application process and even a Q&A with the admission staff of the school. These are opportunities that students shouldn’t miss.