The Dear Hunter: Driven By Ambition 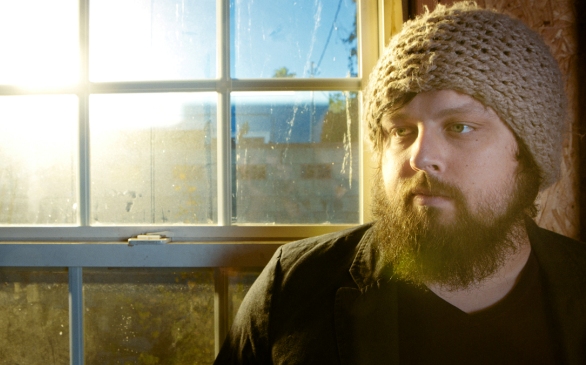 The last five years have been crazy for Casey Crescenzo, frontman of Rhode Island’s the Dear Hunter. He juggled five albums with two bands and many ideas for the ambitious 36-song, nine-EP collection, The Color Spectrum.

“I do my best to not just listen to other artists and steal what they’re doing,” Crescenzo says. “Musically, my inspiration is always just going from my head and trying to be as natural as possible.”

The concept for The Color Spectrum came to him five years ago when he wanted to challenge himself as a songwriter, producer and performer. The goal was to attain something that might be unattainable for one person alone.

“I love approaching a body of work as a body of work and not just shitting out 100 songs for the sake of doing it and then whittling it down to 10 and saying ‘I guess that’s a record,’” Crescenzo admits.

Crescenzo felt that the only way to do his project justice was to do a cross-country trip in as many different settings as he could afford. He felt it would allow the ideas to present themselves instead of forcing his hand.

“Why don’t I just put myself in different settings and see what happens?” Crescenzo asked himself. “I definitely took in the surroundings and interactions I had with people. I let the differences in geography inspire me.”

He contacted musicians across the country and made plans to stop by for a night, jam and then leave for the next city. His nine-day road trip took him from Alameda, Calif. to Salt Lake City; Des Moines, Iowa; Chicago; Akron, Ohio; State College, Pa. and finally Rhode Island.

Crescenzo didn’t travel alone. He brought his wife and another friend to document the recording process. All the footage recorded is meant for a future release.

“Everyone that I got a chance to collaborate with is so talented that we, in different ways, fit like puzzle pieces,” Crescenzo says.

The production value is top notch with contributions from Andy Hull of Manchester Orchestra, Mike Watts and Mike Poorman. Crescenzo says that each person brought a unique flavor to the myriad of influences on The Color Spectrum.

With Hull, Crescenzo related on a songwriter level and approached songs from that perspective. With Watts and Poorman, Crescenzo was challenged as a producer. The experiences and different music styles shaped the project in such distinctive ways, that they merited an EP of their own.

Recognizing that only hardcore fans would purchase the entire nine-EP collection, Crescenzo created a retail version that serves as a cross section of the entire project. The CD version includes a track from each EP, with the exception of the green and white EPs that feature two songs, respectively.

“The acoustic and folky nature of the green EP isn’t really explored in Dear Hunter music very often, [neither is] the more uplifting tonality of the white EP,” Crescenzo admits of the track selections. “I tried to show those two sides and give them a little more visibility on this project, knowing that the CD is a cross section of the entire project, but that it should also stand on its own.”

For now, Crescenzo intends to enjoy the success of finishing another ambitious project and tour the hell out of the album. He acknowledges the persistent inquiries about “Act IV.” For those unfamiliar, the band is based on a story Crescenzo wrote about a fictional character (The Dear Hunter). The story follows this fictional character from life to death. He wrote the story when he was 20.

“I purposefully wrote it with a lot of wiggle room. There’s pillars of important things that happen along the way,” Crescenzo adds. “I didn’t think that I knew enough or that I experienced enough at 20 to flesh out the entire story, so I gave myself all of the important plot points.”

The fourth chapter in the six-part story might still be unclear, but Crescenzo is adamant that the story will be completed. It’s just a matter of when.