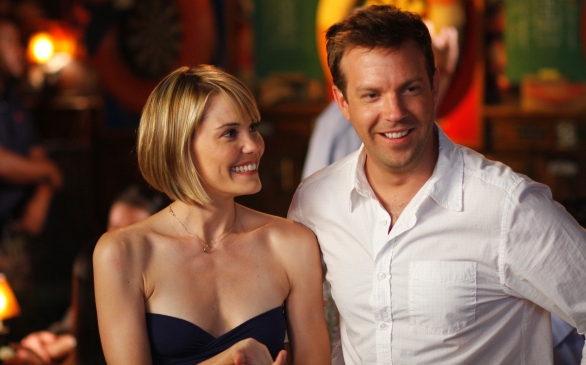 It took The 40-Year-Old Virgin and Knocked Up as proven hits before people would take the movie seriously, even though the script was written several years before.

“We cast people that we thought we wanted to be friends with,” adds Gregory.

Filming in North Carolina also greatly assisted with the cultivation of real friendships among the cast members, as the actors each lived in small apartments next door to each other in downtown Wilmington.

“We watched the making of The Big Chill and the making of Dazed and Confused, and the cast had really bonded before shooting, it allowed for a certain kind of emotional closeness and bonding that you just can’t fake,” shares Gregory.

This gamble paid off since the friendships formed during the course of filming, not only among the cast but with the directors as well, helped to make what was sure to be a highly awkward work environment a lot less tense. Always the support system, both Gregory and Huyck, along with some members of the crew, helped to put the actors more at ease by shooting the scene in their boxers! Gregory says, “There were also moments when we had to step up and demonstrate our solidarity with the cast, like when they insisted we get our asses ferociously paddled by Lake Bell to experience what we were asking Nick Kroll to endure, take after painful take.” The issue of gender did not influence how the scene played out either. The film made sure to convey that all participants in the orgy were on a level playing field. The semi-nudity isn’t just for the male viewer’s enjoyment.

“A lot of sex-themed comedies play up what we believe is a largely fictitious gender war. We wanted the ladies to be in on the absurdity,” says Gregory.

The actors really committed to their roles, and no body doubles were used. All of the male actors did their own “stunts.”