Thundercat: The Golden Age of Apocalypse 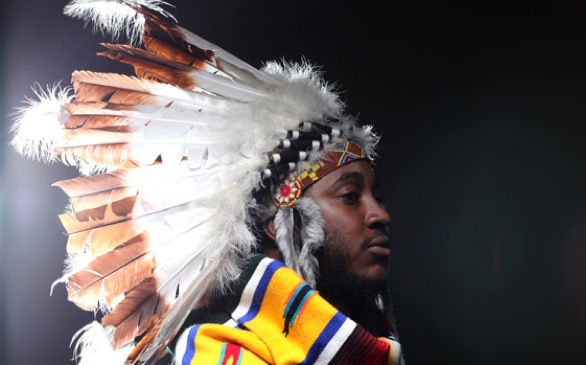 Stephen Bruner, the South Los Angeles native also known as Thundercat, has been a member of the short-lived German boy band No Curfew and played on stage or in the studio with everyone from Snoop Dogg to bassist Stanley Clarke. He’s currently the bass player for Suicidal Tendencies. Perusing Thundercat’s extensive resume doesn’t give a clue though as to what to expect from The Golden Age of Apocalypse, which turns out to be an amalgam that includes elements of chill-out and experimental, fusion jazz and space-out.

“Daylight” effervesces like an aural mimosa, as Thundercat greets the morn with a flutter of bright synth notes and a bed of lush harmony vocals cooing, “daylight…,” all the while trying to shake off the remnants of the night, represented here by a funky repeating riff that fades as the song progresses. A cover of George Duke’s “For Love I Come” shows how much Thundercat’s work is informed by fusion jazz while also demonstrating that this cat has a mind of his own as he performs the song like he’s in a state of suspended animation, still lucid enough though to insert a few licks that sound like George playing on his ‘Dukey Stick.’

“It Really Doesn’t Matter to You” finds T-Cat whacking out a crazy beat on cymbals, and “Jamboree” is powered by funky keyboards, but mostly The Golden Age of Apocalypse is not meant to get you grooving too seriously; this is sublime music made for the head.

The Golden Age of Apocalypse is currently available.