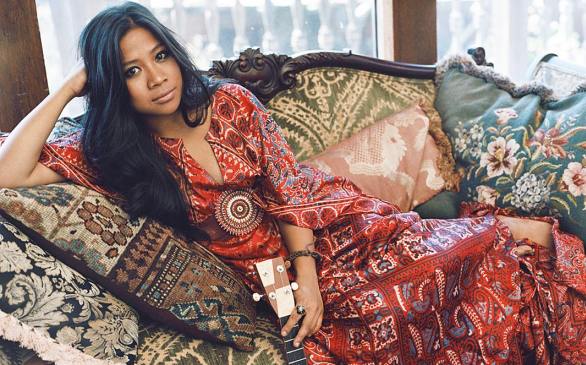 Zee Avi is a native of Sarawak, Malaysia, but she lives in Brooklyn now and that’s primarily where this album of sublime, airy pop music was created. Avi does not sing with an accent nor does she incorporate traditional Malaysian music into her songs, but her use of ukulele in “Swell Window,” “Anchor” and a couple of other songs could give the listener the impression that her heritage is Hawaiian. Even “Siboh Kitak Nangis,” the only song here sung in Avi’s native language, could be with the most casual of listens mistaken for being sung in Portuguese since it is arranged as a Brazilian samba.

Avi’s voice is similar to Cat Power’s, just a little bit on the sweeter side, and she’s chosen not to get too exotic with any of her instrumentation, allowing songs like the simply-arranged “Bag of Gold” to highlight her clear-as-a-bell intonation. A light reggae lilt is the order of the day for “Roll Your Head in the Sun,” but “Madness” is a bit of a departure from the chilled-out bulk of Ghostbird; Avi shows on the swinging jazz number that she would make a great cabaret singer.

Everything here is self-penned, making Avi’s sophomore release all the more impressive, and for extra fun she has incorporated a treasure hunt in the set. While you’re being soothed by her delicate vocals, see if you can spot the owl calls (the ‘ghostbird’) inserted throughout.