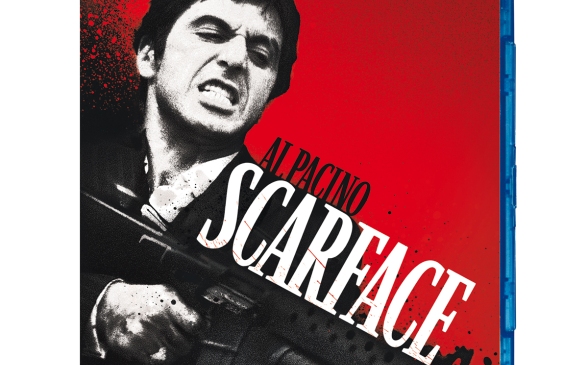 A fiercely original action thriller from the director of Atonement, Hanna follows a 16-year-old girl (Saoirse Ronan) who has spent her life training with her ex-CIA father (Eric Bana) to be the perfect assassin. Now she must strike out on her own to track down their sworn enemy (Cate Blanchett).

X-Men: First Class tells the origin story of the superhero team, with future enemies Professor X and Magneto as young mutants teaming up to save the world. James McAvoy (The Conspirator) and Michael Fassbender (Inglourious Basterds) lead an excellent cast in this successful reboot of the Marvel franchise from the director of Kick-Ass.

TV’s best comedy, “Parks and Recreation,” has its funniest year yet with season three. Leslie (Amy Poehler) and the gang mount the Harvest Festival, Andy and April get married and the town deals with the death of beloved miniature horse Li’l Sebastian.

It’s the end of a TV era as everyone’s favorite boss (Steve Carrell) departs on The Office: Season Seven. But don’t despair, Will Ferrell’s multi-episode guest appearance softens the blow and then some.

Joel McHale (“The Soup”) leads a ragtag group of community college students including Chevy Chase and Donald Glover in Community: The Complete Second Season. Ken Jeong (The Hangover) continues to be hilarious as Señor Chang. Guest stars include Betty White and Drew Carey.

Fringe: The Complete Third Season has plenty of mind-bending quantum physics plot twists to fill the void left by “Lost.” With alternate universes and the fate of the world in the balance, this show just gets better.

With summer winding down, relive some of the Fall Classic’s most legendary moments with Baseball’s Greatest Games, presenting memorable games in their entirety, with an optional radio broadcast audio track.

Now available online from the Warner Archives: Frank Sinatra is the unlikely title cowboy in Dirty Dingus Magee, a ’70s comedy-western based on the book by David Markson, adapted by Joseph Heller.

Best known for his supporting roles in films like The Treasure of the Sierra Madre, Tim Holt also starred in a slew of “B” westerns for RKO. Tim Holt Western Classics Collection, Vol. 2 collects ten of them, spanning 1943-1950.

Available through online retailers, the original Captain America adaptation finds the super-soldier unfrozen 50 years in the future to once again stop Red Skull.

A trio of disaffected youth kidnaps wealthy socialites for ransom in the thriller The Entitled. A Horrible Way to Die is a chilling portrait of a serial killer. Rome and the Han Dynasty collide in the period epic Clash of Empires.

Also available: Cinderella Story: Once Upon a Song

One of the most iconic films of all time, Brian De Palma’s drug epic Scarface hits hi-def. Al Pacino stars as Tony Montana, a Cuban refugee who lands in Miami and rises to the top of a cocaine empire. The Blu-ray comes loaded with extras, including a new documentary, deleted scenes and comparisons to the original Howard Hawks film.

The Coen brothers burst onto the scene in 1984 with their neo-noir debut Blood Simple. Chock full of infidelity, double-crosses and murder, with atmosphere to spare, it would make Raymond Chandler proud. Frances McDormand, Dan Hedaya and M. Emmet Walsh star.