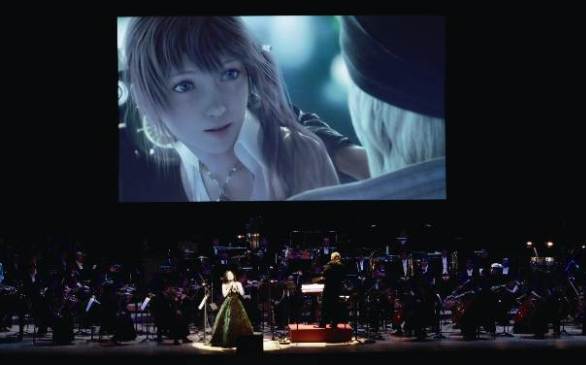 Square Enix’s “Final Fantasy” video game series has long been hailed for its music. A majority of games have gone on to have an album release and sparked other music arrangements. The music has gained so much of its own attention that many songs have gained fans in their own rights. Fans will now be able to re-experience favorite moments as the music is performed live by the Distant Worlds Philharmonic Orchestra.

This tour is coming to Los Angeles on Sept. 9 and 10 to UCLA’s Royce Hall; LA concert-goers will be privileged to exclusive performances. The chief composer of the series’ music, Nobuo Uematsu, will be featured as keyboard soloist and have a rare onstage performance with Music Director Arnie Roth for the “Final Fantasy 6” song “Dark World.” As well, “Final Fantasy” creator Hironobu Sakahuchi will be present at the LA premiere. With all the specials planned fans will definitely woe missing the show.

Composer Uematsu has been hailed as a great in video game music, being the first to gain honors and awards for video games, such as song of the year through the Japan Gold Disc Awards in 1999. In turn, director Roth is a Grammy winning artist who has worked with mainstream artists as well as orchestras. Campus Circle had the chance to ask conductor Roth a few questions:

Do you treat game scores the same as classical music scores?

Yes and No. The “Final Fantasy” scores require the same skill and are just as demanding and difficult as say Tarkovsky. The difference is these are pieces of music most musicians haven’t heard before. There is a learning curve. A good amount of rehearsals is teaching the music. I think this gives more of an exciting edge to the music for the musicians interact with the music and see fans in the audience react to the music.

Have you noticed yourself or the band members becoming interested in “Final Fantasy” as a result of playing its music?

Certainly, yes. Musicians become interested in all the scores. As well, they create interest in other musicians. For instance in Sydney the Sydney Symphony asks for us to cross median their music after a performance. As for me personally, I always search for scores to “Final Fantasy” songs especially after a fan mentions one. I’ll go ask Uematsu about “Hey, Cid” or so on.

Do you listen to fans a lot?

Yes, fans will come up at a show and ask about adding songs. We also have a Facebook page where fans often ask for certain songs or for us to go to locations. We have about 40,000 fans, but we do read through them all. As well, we have a newsletter where people can send in me questions.

We mix up as much as we can, but how can we not play scores like “One Winged Angel.” Problem is, each show can only be a certain amount of time else musicians become fatigued and you’re doing overtime. The good thing about L.A. is there will be two different shows. The 9th and the 10th shows are about 50-percent different.

The 9th and 10th will be Distant Worlds’ last concert in North America of the year as the orchestra will move on to shows will in Seoul, South Korea. The L.A. show will also boast music from every “Final Fantasy” game between the two concerts.

The series itself is reaching an important point and will be 25 years old next December. With the anniversary approaching, Roth is looking for a big way in which to celebrate it. Fans are welcome to suggest locations and pieces that have had an important impact through the Distant Worlds Facebook page (ffdistantworlds) and through their site’s newsletter.