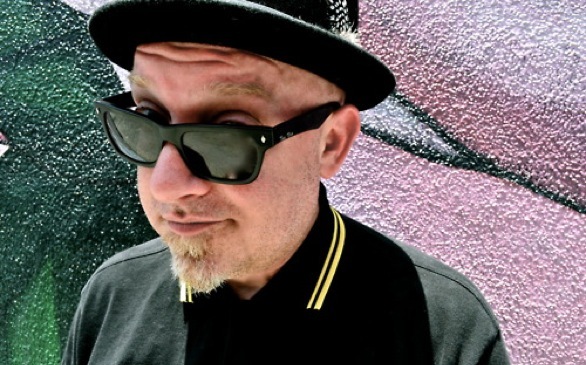 If you’ve followed the California punk scene at all over the past two decades you’ve probably heard of Buck-O-Nine, the band fronted by singer Jon Pebsworth. Now Pebsworth is heading in a different direction: He’s about to release a 10-song collection of California-inspired folk songs called Sweet Surrender under the name PEBS, a nickname he’s had since the first grade.

“I’ve been working on these songs for awhile, but honestly it was never anything I planned on releasing,” Pebsworth explains. “I’ve always fiddled around on acoustic guitar, but once I started playing the demos of these songs for my friends they were the ones who really encouraged me to get out there and pursue this project.”

Veikko Lepisto of Mike Watt’s band is a member of PEBS’ back-up band, and another luminary from the punk scene, singer Steve Soto of the Adolescents, makes a guest appearance. Sweet Surrender drops on Sept. 20, and PEBS will play a record release show the day before at the Viper Room.

Rock Yourself to Sleep Band Contest

Motel 6 and music publishing and marketing company Primary Wave Music have announced the third Rock Yourself to Sleep Tour set to kick off Oct. 13 with Epitaph band Alesana as the headliner. Similar to the last two years, there’s a companion contest leading up to the tour which gives three up-and-coming bands the opportunity to open for Alesana on the six-week national tour, as well as free rooms.

Bands can enter the contest at rockyourselftosleep.com with their ReverbNation account. They’ll then have until Sept. 25 to motivate fans to vote for them in head-to-head style competition. The top 10 vote getters will shoot it out for an additional week, whittling the pool down to five, and then music industry professionals, including members of Alesana, will pick the three winners and reveal the names on Oct. 4.

Alesana has a new album called A Place Where the Sun is Silent due on Oct. 18; the Rock Yourself to Sleep Tour stops at the House of Blues Sunset Strip on Nov. 3 and the Glass House on Nov. 4.

Slightly Stoopid will perform a live pay-per-view webcast on Tuesday, Sept. 13. The show will originate at TRI Studios, owned by Grateful Dead/Furthur founding member Bob Weir who will make a guest appearance during the show, as will Don Carlos of Black Uhuru, Ian Neville of Dumpstaphunk and the Funky Meters and Karl Denson of Tiny Universe and the Greyboy Allstars. There’ll also be a chance for fans to interact with the band in a Q&A session between sets via onscreen Facebook and Twitter feeds. The cost to view the show live or stream a replay is $10, and tickets can be purchased at tristudios.com or slightlystoopid.com.

Mikal Cronin, one-third of Orange County surf-punk bashers the Moonhearts, is about to emerge with his debut solo album; the self-titled effort drops on Sept. 20.

Los Angeles-based Australian rock import Andy Clockwise has finished up his bi-coastal residency in support of his The Socialite album, but he has added two more local shows; catch him at the Port of Los Angeles Lobsterfest in San Pedro on Sept. 16 and at the KROQ Presents event at the Roxy on Sept. 22.

Never Shout Never’s Time Travel album drops on Sept. 20, and you can pre-order a special bundle through iTunes that includes a limited edition lithograph personally hand-stamped by the band’s Christofer Drew, the CD with an alternate cover and digital delivery of the album’s instrumentals.

L.A. band Fool’s Gold is back with another album of African-influenced pop music; Leave No Trace is available now.

Prog metal band The Contortionist will release a vinyl picture disc version of Exoplanet on Sept. 13; the collector’s item comes with a digital download of the album.

Fans of Clutch will be pleased to hear that the band now has its own beer, cleverly called Clutch Beer. The brew is a dark, sour ale with nine-percent alcohol content made by New Belgium Brewing.