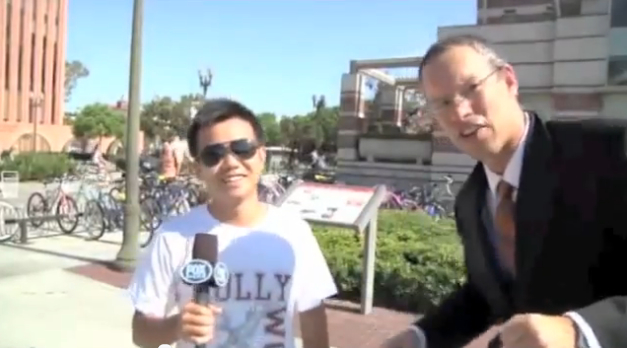 Fox Sports show "The College Experiment" recently did a segment that basically made fun of Asian students at USC for not knowing about the all-American frat boy past time: football. It wasn't very funny, in fact, it was pretty offensive. The head honchos behind the station agree and cancelled the show, saying that it was "inconsistent with the standards FOX sports believes in, and we sincerely regret that it appeared." Hmm, maybe if the show's staff paid more attention in class rather than watching football then they wouldn't have such crappy jobs making such crappy jokes. Oh wait, they don't have their crappy jobs anymore. Up for a game of beer pong later?